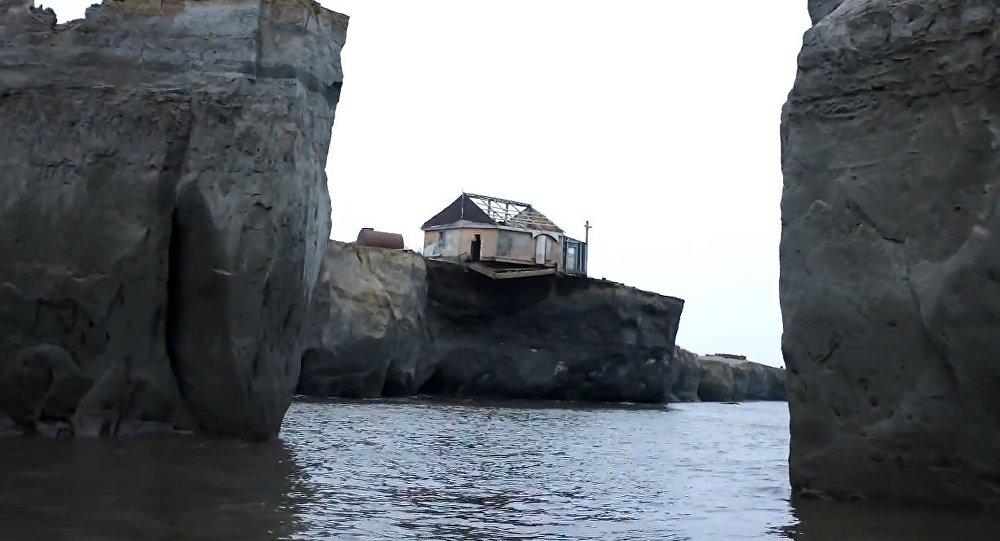 Vize Island in the Kara Sea is suffering an "impressive" erosion, the World Wide Fund for Nature said.

MOSCOW (Sputnik) – The coast of the Russian island of Vize in the Arctic Ocean is eroding at a rapid pace due to climate change, the World Wide Fund for Nature (WWF) Russia said.

"The coasts of the Vize Island were being eroded before too, it is a natural process. However, in 1950's explorers observed average rate of coastal retreat about 1.5 m a year. And satellite images from 2009 to 2016 show that in this place the coastline moved back by 74 m. The speed up is very impressive," glaciologist Alexander Aleynikov said as quoted by the WWF on Tuesday. 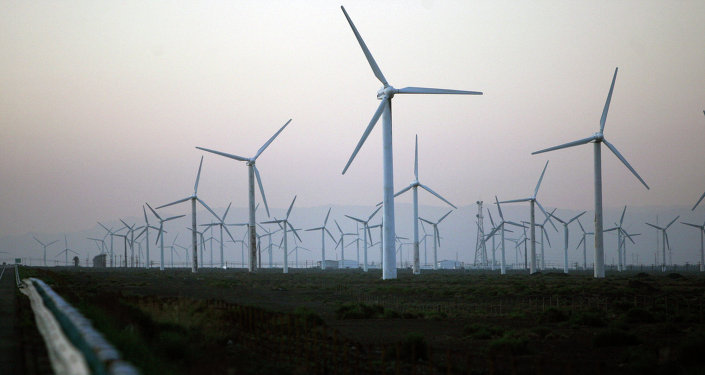 © AP Photo / Elizabeth Dalziel
Russia Plans to Build 13 Hydropower Stations, 15 Wind Farms by 2030
According to the WWF, the primary reason behind this phenomenon is sea waves eroding the permafrost rocks that form the island’s shores. This phenomenon takes place in summer days when there are regions of water surrounding the island where there is no ice. Due to climate change, this period has increased in the region of the Vize island leading to increased erosion.

In December, Paris hosted the 21st UN Climate Change Conference. Nearly 200 countries agreed in a deal to curb emissions beyond 2020 and fuel the transition toward a clean energy world economy. The 31-page pact commits countries to hold global average temperatures to "well below" 2 degrees Celsius (35.6 Fahrenheit) above pre-industrial levels and urges them to "pursue efforts" to limit global warming to 1.5 degrees Celsius.