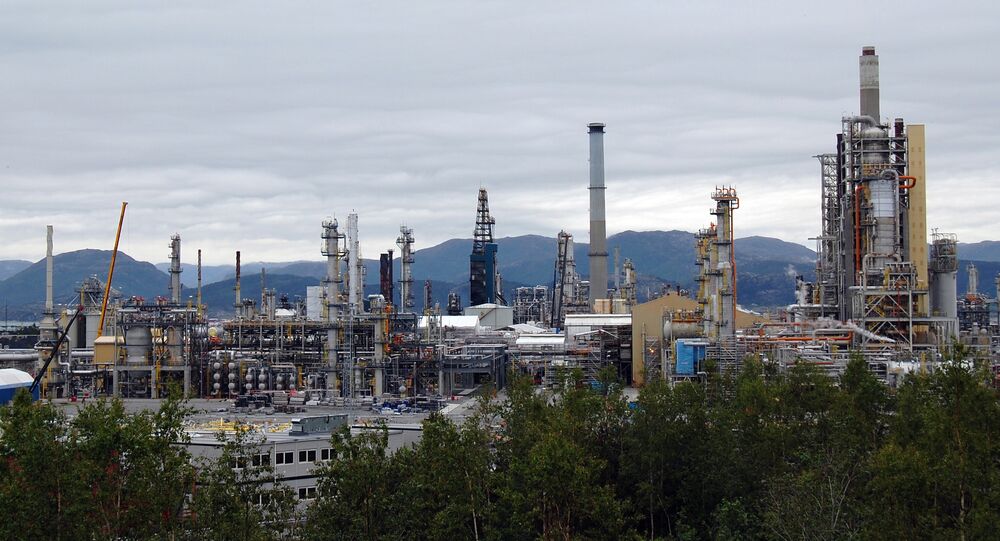 Norway has been Western Europe's main oil producer for decades. Recently Oslo committed itself to becoming carbon-neutral two decades ahead of the set date, despite the fact that this bold step may cost the affluent Nordic country billions of dollars.

© Flickr / Billy Lindblom
Some Like It Cold: Norway Bursts Global Warming's Methane Bubble
Earlier this week, lawmakers backed Norway's overambitious goal to become carbon-neutral by 2030, two decades ahead of the schedule set by the United Nations' December 2015 climate accord. The resolution was approved with a slight numerical superiority despite opposition from the conservative minority government, the Norwegian newspaper Dagens Næringsliv wrote.

Climate neutrality does not mean that Norway will cease to release greenhouse gases. Instead, it intends to achieve the noble goal of zero net contributions to carbon emissions, Norway, a major oil producer, will have to purchase so-called carbon offsets abroad. The offsets include investments in environmental projects that decrease carbon emissions into the atmosphere through reforestation, improving energy efficiency or switching to cleaner power.

Ironically, Norway's environmental efforts have been met with scathing criticism from no other than Climate and Environment Minister Vidar Helgesen, who in a letter to parliament, branded the initiative premature and costly, saying the price could be as much as 20 billion kroner (2.4 billion dollars) per year in 2030.

© AFP 2021 / MARCEL MOCHET
Burst of Energy: Norway Bets on Costly Research to Avoid Oil-Pocalypse
As Western Europe's biggest oil producer, Norway is a prominent indirect contributor to heat-trapping fossil fuel gases. At present, its emissions are higher than in 1990, which is universally the benchmark year for evaluating efforts to reduce greenhouse gas emissions. In 2015, Norway's greenhouse gas emissions rose by 1.5 percent following the launch of a new oil field.

In 2008, Norway set the date for reaching carbon neutrality in 2030, but pushed the deadline back to 2050, following the failure of the UN's climate summit in Copenhagen in 2009. The climate deal, reached in Paris in 2015, however, finally resuscitated the 2030 objective.