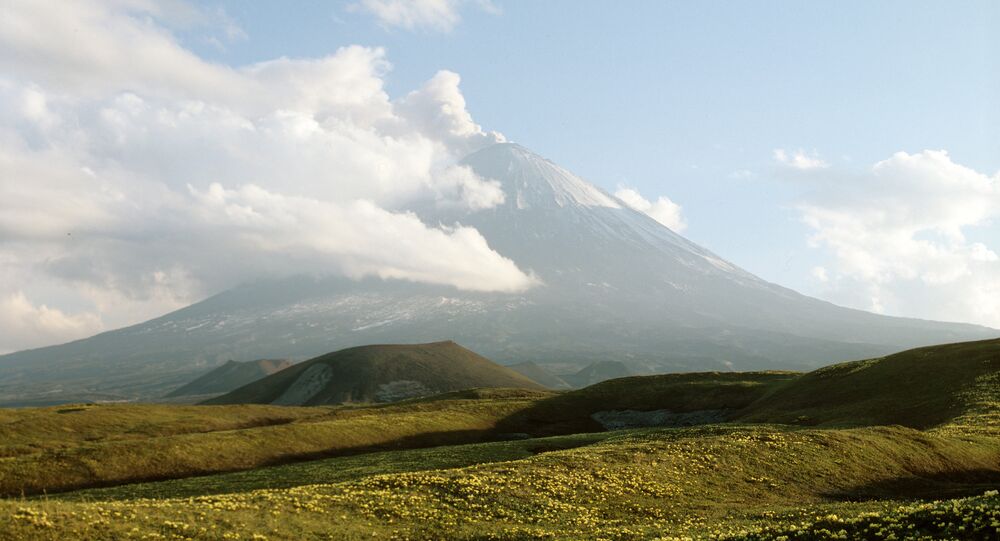 "The eruption was detected [Tuesday] morning…the eruption column rose 6 kilometers [3.7 miles]. The steam-gas plume stretched for 47 kilometers to the west of the volcano," a representative of the Russian agency told RIA Novosti.

The 15,580-feet volcano in Russia’s Kamchatka peninsula has been rumbling to life since the beginning of April. It has been almost continuously active for the past 50 years but the number of tremors and ash eruptions has been on the rise lately.

According to the geophysical service, ash spews are ongoing, volcanic activity has been registered. The Aviation Color Code has been changed to orange, which means that the volcanic eruption is underway with minor ash emission.

Cooking Marshmallow in the Heart of a Volcano

The More the Merrier: Volcano Erupts Four Times in One Day