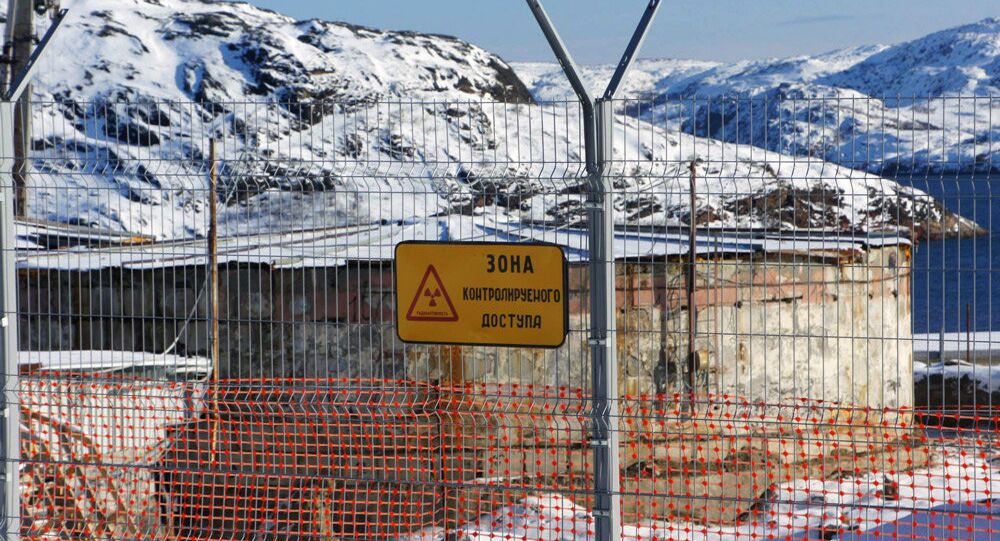 All Clear! Russia to Give Its Arctic Domains a Clean Bill of Health

The nuclear waste in Andreyev Bay, situated on Russia's Kola Peninsula within the Arctic Circle just 50 km from the Norwegian border, has long been a stumbling block that troubled Russia's relationship with Norway. Recently, however, things have started to look up, as Russia is now preparing a comprehensive plan for the purification of the area.

© Flickr / weisserstier
Don't Get Sucked In! Sweden Moves Arctic Town Being Devoured by the Earth
Wide-ranging environmental rehabilitation work has commenced at Andreyev Bay to reduce the risk of radioactive contamination spreading. The safe handling and removal of spent nuclear fuel in Andreyev Bay is a critical priority for both Russia and Norway. Last week, the parties drilled the removal and evacuation of the nuclear waste from the site. More comprehensive measures are slated for later this year.

Representatives of the Norwegian Radiation Protection Authority NRPA were present at the drills.

"This is very important for Norway, not only for our safety and security, but also for sidestepping criticality accidents in the future," NRPA head Malgorzata Sneve told NRK.

© Flickr / Billy Lindblom
Some Like It Cold: Norway Bursts Global Warming's Methane Bubble
All in all, there are 22,000 containers of spent fuel from nuclear submarines and icebreakers stored in three storage tanks. There is also approximately 18,000 cubic meters of solid waste and 3,400 cubic meters of liquid radioactive waste, which, according to Norwegian national broadcaster NRK, are collectively as radioactive as 5,000 Hiroshima bombs.

Norway has been following the cleansing of the former military facilities on Kola Peninsula with a vested interest, as joint cleansing efforts began as early as 1997. NRK estimates the total treatment cost of the nuclear waste at 1 billion kroner (120 million dollars), of which Norway has contributed 30 million dollars. The Norwegian contribution reportedly funded infrastructural expansion and security measures.

According to the plan, the first container with nuclear waste is to be removed during the course of the year. The waste will be shipped to Murmansk and then sent in specially designed trains to the Mayak nuclear facility in the Urals, where Russia processes all its nuclear fuel.

"If everything goes as planned, we will commence the removal of the first containers of nuclear fuel in the fourth quarter of this year. We will also build roads and infrastructure so that the waste can be removed in its entirety starting from next year," Valery Panteleyev, director of the state company SevRAO told NRK. His company is responsible for cleaning up nuclear waste sites in north-west Russia.

© Flickr / The Municipality of Tromso
Out of the Blue: US Nuclear Sub Throws Norway Into a Panic
Spent nuclear fuel and radioactive waste are highly toxic and must be properly managed. Moreover, some of the material may be of such quality that it could, under certain circumstances, be used in nuclear weapons and must therefore be under constant control.

Andreyev Bay is a former Russian military service base that was used to replenish nuclear fuel on atomic submarines as well as to store used nuclear fuel and radioactive waste. The facility ceased to operate towards the end of the Soviet era in the 1980s.