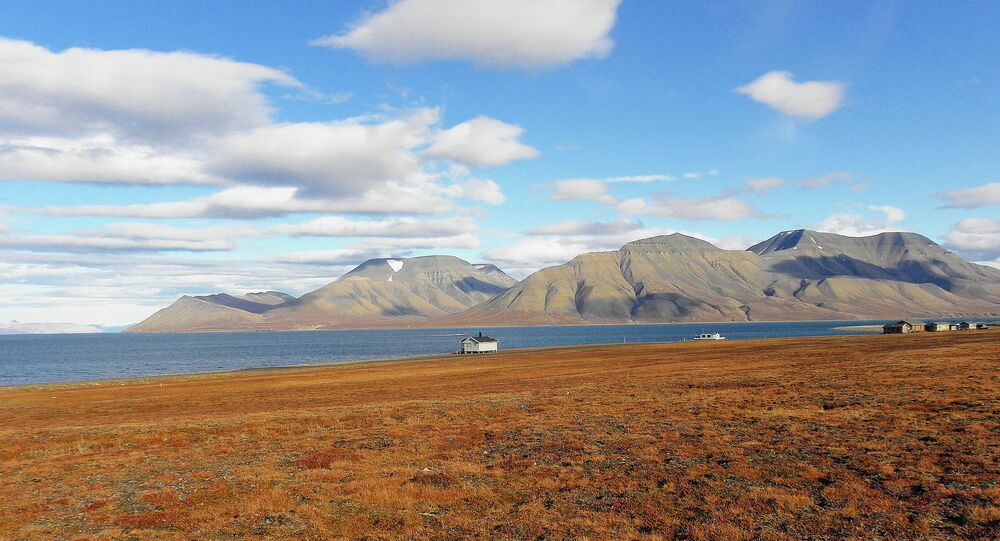 Global warming is undoubtedly the greatest threat to the Arctic's fragile environment. Rising temperatures have so far been largely blamed on methane escaping from the seabed. However, Norwegian scientists argue that the greenhouse gas might not necessarily be the culprit.

© Flickr / Andriy Baranskyy
Expenses and Environmental Fears Derail Sweden's High-Speed Trains
For years, the seepage of methane from the ocean bed was blamed for the accumulation of the greenhouse gas in the atmosphere. With the Arctic Ocean getting progressively warmer, scientists believe that even more methane will be released and dissolved in the atmosphere. Surprisingly, this is not the case around the polar archipelago of Svalbard, Norwegian scientists say.

In 2014, a task group comprised of researchers from the University of Tromsø and Cicero got down to work in the Arctic to find out what happens to methane leaking from the sea and gauge how much of it is released into the air.

Subsequently, samples of ocean water and air were taken from a boat, and a research plane measured the concentration of methane from 15 to 30 meters above the surface. These were later compared with samples which were collected at a weather station on Svalbard. The results have sent shockwaves through Norway's scientific community: the concentration of methane at the sea surface was as high as that in Svalbard's mountains.

​"This means that the ocean is not the source of the methane in the air, at least in this area, Cathrine Lund Myhre, senior scientist at the Norwegian Institute for Air Research NILU and project manager, told Norwegian national broadcaster NRK.

© CC0 / Svalbard Global Seed Vault/Peter Vermeij
Arctic Ardor: Norway Set to Innovate Its Polar Domains Amid Economic Slump
However, this does not mean we do not have to stop worrying about methane leaks from the ocean, as the measurements were only made during a short period of time when the sea was comparatively quiet.

"During the summer, the ocean water is strongly layered. On the surface, there is fresh and light water, while the heavy, methane-rich water stays on the bottom. When the first autumn storms come, it is natural to expect the water layers to mix up," Tore Furevik, director of the Bjerknes Centre for Climate Research said, calling for continued research.

A marked increase in the methane content of the atmosphere around Svalbard has been measured recently. However, the source of methane was never established. The recent research will most likely reduce the uncertainty concerning the natural emission.

"In recent years, the temperature on Svalbard in February has remained 10-12 degrees above normal. This temperature increase is likely to invoke major climate changes," Lund Myhre said.

Methane is a powerful greenhouse gas: it is much stronger than carbon dioxide. As global warming progresses, more greenhouse gases could be released into the atmosphere, resulting in the the thawing of the permafrost and the permanent ice floes, which could, in turn, result in a rise of sea levels worldwide.

Did you know? #Svalbard is not part of the #Schengen accords https://t.co/PqkjbLEir1 #Norway pic.twitter.com/32WyQg3e5A

Back From the Dead: DNA of Deceased to Boost Danish Research