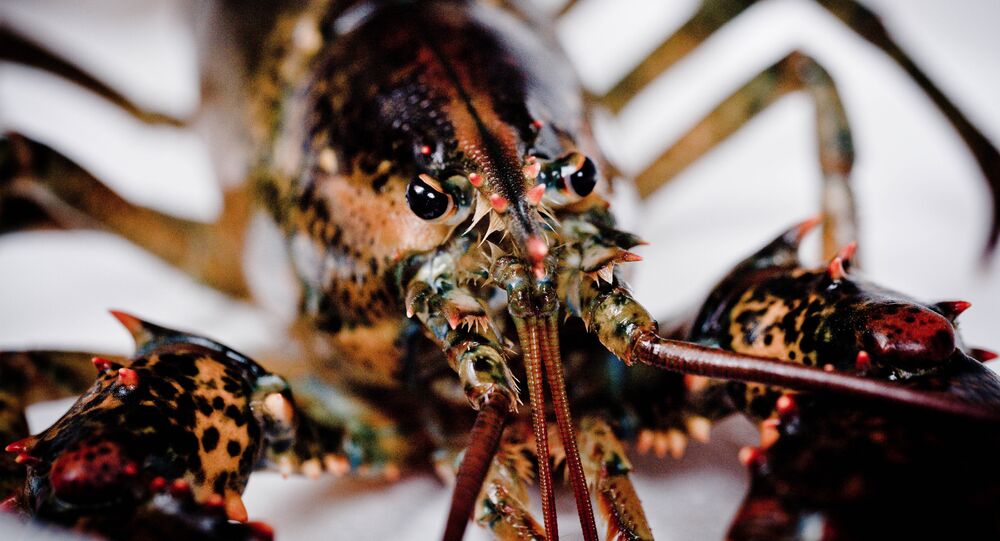 Earlier this week, Canada and the United States rejected Sweden's calls for a ban on the imports of live American lobsters, brushing aside Swedish fears of the invasive species as unfounded.

© AFP 2019 / SAUL LOEB
Teachers' Pet: The Obamas Salute Nordics With Praise and Home-Grown Vegetables
Speaking for both countries at a news conference, Steven Wilson, a deputy director of the National Oceanic and Atmospheric Administration (NOAA), rejected Sweden's claims of an alien invasion in the Baltic waters.

According to him, the American lobsters could not thrive in the Baltic and therefore were unable to endanger the local species. Wilson also overruled Sweden's fears of a full-blown invasion as unsubstantiated, describing the trend as "single lobsters escaping."

In March, Sweden asked the European Union to ban the import of live American lobsters, under the pretext of possible contamination of its native species. In recent years, over 30 American lobsters have been discovered off Sweden's west coast, the Swedish government said. Remarkably, Norway has already imposed a lobster ban.

According to Sweden, the spread of disease and parasites, together with interbreeding of species, pose a threat the European lobster's survival. The European lobster is much smaller and more delicate compared to its larger and sturdier American cousin.

"The American lobster can cause a biological collapse of our ecosystems, as soon as they get a grip on our west coast," a concerned Susanne Eriksson, associate professor of marine biology at Sven Lovén Center for Marine Sciences, told Swedish Radio.

© AFP 2019 / JANEK SKARZYNSKI
Beyond All Reason: Sweden Pals Around With US for Fear of Russia
She is one of the researchers who together with the Marine and Water Authority and Swedish University of Agricultural Sciences compiled a risk analysis on the American lobster.

"I can understand the concern on the North American part, because it is a major export industry. But when the American lobster is well off on the west coast, it is already too late to act," Susanna Eriksson said.

The export of live lobster from Canada and the US to the EU totaled some 200 million dollars last year, the Swedish newspaper Västerbottens-Kuriren reported.