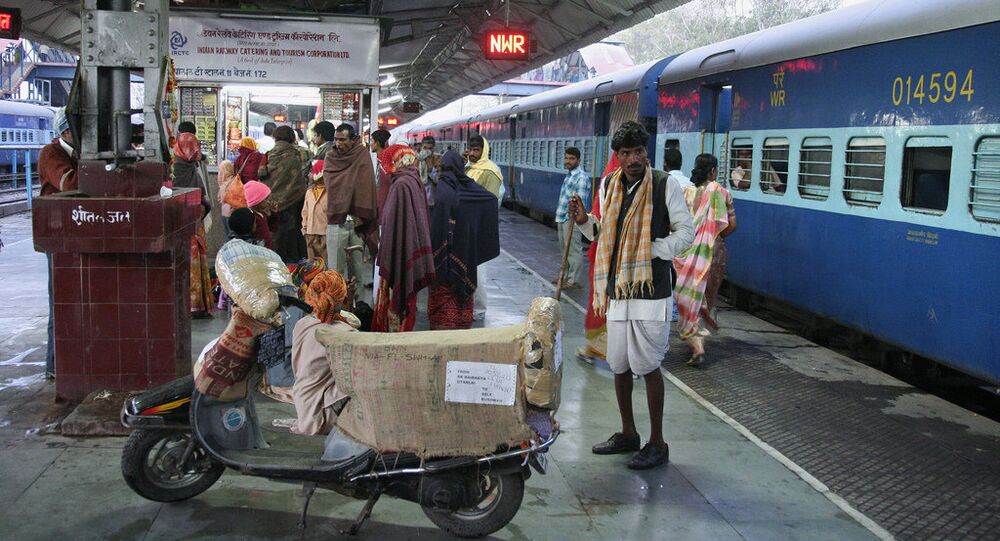 Indian Railways has set its sights on trialing a train fitted with solar panels in Rajasthan’s Jodhpur city.

NEW DELHI (Sputnik) — With the aim of going green and increasing the use of solar energy, Indian Railways is going to try running its first ever train powered by solar panels. The test will be conducted in Jodhpur.

While the train would be run by a conventional diesel engine, the output of photovoltaic panels installed at the roofs of the coaches will be used to power lights and fans in the train, according to the Indian Railways PRO and Spokesperson, Anil Saxena.

​It is expected that the solar powered generation equipment can reduce the diesel consumption by as much as 90,000 liters (24,000 gallons) per year. The electricity generated from the solar cells can also help offset more than 200 tons of carbon monoxide emissions annually, according to a report.

​As part of its go green initiative, Indian Railways has committed to source 1000 MW of solar power and build 132 winds farms over the next five years.

Presently, Indian Railways uses CNG in local trains on the Rohtak-Rewari section of the Delhi division. But for the first time Indian Railways is focusing on solar powered trains which will help in reducing its reliance on diesel, and so contribute to a decrease in air pollution.