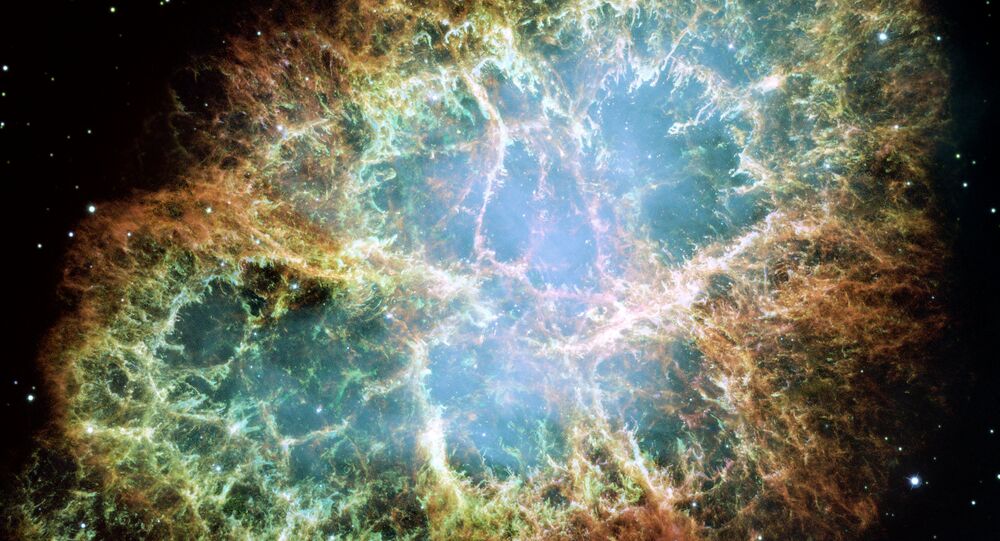 Scientists analyzing the cosmic rays which bombard the Earth have detected the remnants of a supernova which appears to have occurred relatively close by in the last few million years.

© Flickr / inefekt69
Anyone at Home? Scientists Pinpoint Milky Way's Most Habitable Neighborhoods
Researchers studying cosmic rays, high-speed atomic nuclei produced by a variety of violent events in space, have detected individual nuclei of the iron isotope Fe-60, a by-product of supernova explosions which has a half-life of 2.6 million years.

"Our detection of radioactive cosmic-ray iron nuclei is a smoking gun indicating that there has been a supernova in the last few million years in our neighborhood of the galaxy," said Professor Robert Binns of Washington University in St. Louis (US) and lead author of the paper published on Thursday in the journal Science.

The radioactive iron is believed to be produced in core-collapse supernovae, the most energetic explosions in the cosmos which occur when the iron core of a massive star collapses due to the force of gravity.

They produce and disseminate most of the nuclei found in the Universe, and primarily occur in clusters called OB associations.

"The new data also show the source of galactic cosmic rays is nearby clusters of massive stars, where supernova explosions occur every few million years," said Professor Martin Israel of Washington University and a co-author on the paper.

The scientists studied 17 years of data from NASA's Advanced Composition Explorer (ACE) spacecraft about galactic cosmic rays, which originate in our galaxy.

© NASA . U. Virginia/INAF, Bologna, Italy/USRA/Ames/STScI/AURA
A cluster of massive stars seen with the Hubble Space Telescope
"In 17 years of observing, ACE detected about 300,000 galactic cosmic rays of ordinary iron, but just 15 of the radioactive Iron-60," said Eric Christian of NASA's Goddard Space Flight Center and co-author.

"The fact that we see any Iron-60 at all means these cosmic ray nuclei must have been created fairly recently (within the last few million years) and that the source must be relatively nearby, within about 3,000 light years, or approximately the width of the local spiral arm in our Galaxy."

© Wikipedia /
Russian Astronomer Discovers New Source of Cosmic Radiation
The scientists said that there are more than 20 such associations close enough to Earth to be the source of the radioactive iron. These include subgroups of the nearby Scorpius and Centaurus constellations, such as Upper Scorpius (83 stars), Upper Centaurus Lupus (134 stars) and Lower Centaurus Crux (97 stars).

The highest-energy cosmic rays are extremely rare and are thought to be powered by massive black holes gorging on matter at the center of other galaxies.

Most cosmic rays originating within our solar system have relatively low energy and come from explosive events on the sun, like flares and coronal mass ejections.

'Star of Death': The Sun Could Destroy Moon, Earth in Billion Years