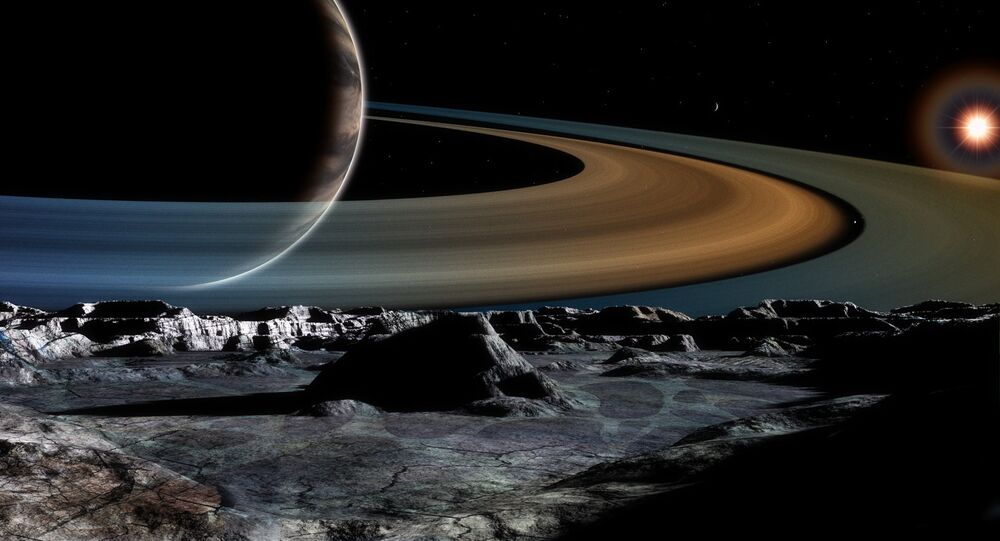 An astronomer in 1917 unknowingly recorded evidence of another planetary system, according to a recent study of astronomical recordings from the Carnegie Observatories' archive.

© Photo : Danielle Futselaar & Franck Marchis, SETI Institute
Rogue Planet: Astronomers Track Sunless World 4-8x the Mass of Jupiter
An astronomer researching an article about planetary systems that orbit white dwarf stars made an extraordinary discovery when he examined a glass photographic plate from 1917, and found that it contained the first-ever evidence of a planetary system beyond our own Sun.

Before the advent of digital tools astronomers used the objective prism and glass photographic plates to record and analyze the spectra of, or the light emitted by, stars. By using a prism to split the light into different colors astrophysicists can infer many physical and chemical properties of stars and classify them into a logical sequence.

Jay Farihi, the author of the paper, asked the Carnegie Observatories for a plate in its archives that contained a spectrum of van Maanen’s star, a white dwarf discovered by Dutch-American astronomer Adriaan van Maanen, also in 1917.

© Photo : Carnegie Institution for Science
Handwritten notes on the sleeve of the astronomical plate, made by observer Walter Adams, former Director of Mount Wilson Observatory.
When Farihi examined the spectrum of the star, he found that the "absorption line" on the spectrum indicated areas where the light coming from a star passed through something and had a particular color of light absorbed by that substance.
© Photo : Carnegie Institution for Science
The 1917 photographic plate spectrum of van Maanen's star from the Carnegie Observatories’ archive. The pull-out box shows the strong lines of the element calcium, which are surprisingly easy to see in the century old spectrum. The spectrum is the thin, (mostly) dark line in the center of the image. The broad dark lanes above and below are from lamps used to calibrate wavelength, and are contrast-enhanced in the box to highlight the two “missing” absorption bands in the star.
The exoplanet also made itself known via the presence of heavier elements, such as calcium, magnesium, and iron in the spectrum, which are so heavy they should have long disappeared into the star's interior.

"The unexpected realization that this 1917 plate from our archive contains the earliest recorded evidence of a polluted white dwarf system is just incredible," said Carnegie Observatories’ Director, John Mulchaey.

"The fact that it was made by such a prominent astronomer in our history as Walter Adams enhances the excitement."

© NASA .
Scorching Hot Exoplanet Makes Scientists Scratch Heads
Van Maanen's star is one of several stars recently discovered to be "polluted white dwarf" systems, a type of planetary system in which a ring-shaped accumulation of planetary debris, produced during the white dwarf phase, orbits the star.

Jay Farihi said that while planets have not yet been detected orbiting van Maanen's star, nor around similar systems, such a discovery is only a matter of time.

"The mechanism that creates the rings of planetary debris, and the deposition onto the stellar atmosphere, requires the gravitational influence of full-fledged planets," Farihi explained.

"The process couldn’t occur unless there were planets there."