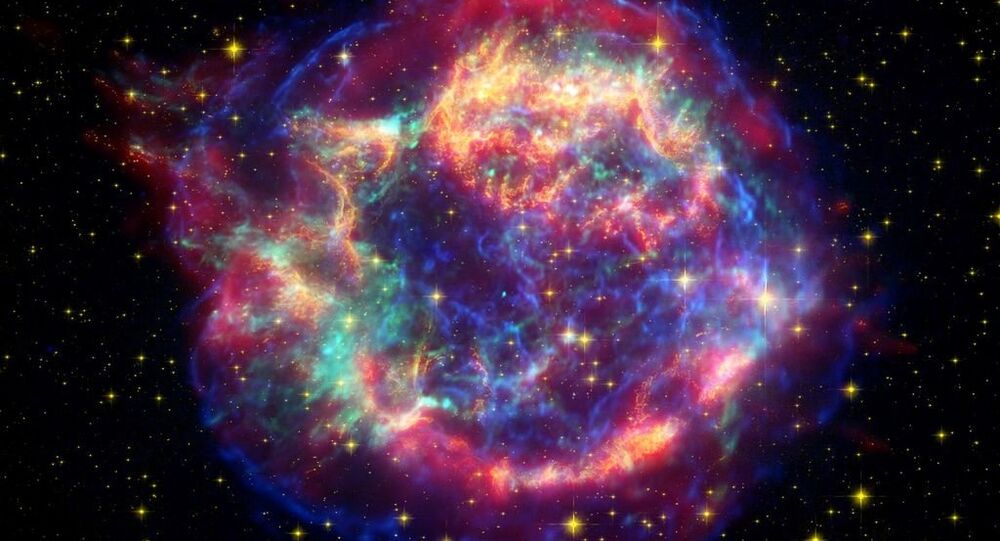 Scientists have found evidence on Earth that supernovas have happened close to our planet within the last ten million years, and possibly had an impact on evolution.

© Flickr / Gray Lensman QX!
Saturn’s Moons and Rings Could Be Cosmic Toddlers
Scientists studying the deep-sea crust have proven that supernovas have occurred in the relatively recent past, a breakthrough that allows researchers to look for events in the history of the Earth that might be connected to the explosions of the stars.

"For more than half a century, astronomers have speculated that supernovas have occurred close enough to Earth to affect the planet, possibly contributing to mass extinctions or climate change," Adrian Melott of the University of Kansas, who was not involved in the study, wrote in a commentary on the findings, published in the journal Nature on Thursday.

The researchers, who have published their findings in Nature, proved the existence of ancient seabed deposits of iron-60 isotopes, a radionuclide with a half-life of 2.6 million years that is ejected during supernova explosions and carried with the solar wind of massive stars.

After analyzing deep-sea archives from all major oceans for iron-60 deposits, they found that there were influxes of interstellar dust particles 1.5 – 3.2 million years ago, and 6.5 – 8.7 million years ago.

In another paper, also published in Nature, scientists calculated the possible mass and trajectory of these supernovas, based on isotopic analysis.

© Flickr / Stuart Rankin
M82 and its Supernova
They estimate that the iron-60 signal correlates to a pair of supernova explosions occurring between 90 and 100 parsecs (or 293.5 to 326 light-years) away from Earth.

© NASA
Tycho's Supernova Remnant
The authors of the first study noted that "the older event coincides with a strong increase in 3He and temperature change at about 8 [million years] ago, while the more recent activity starting about 3 [million years] ago and occurred at the same time as Earth's temperature started to decrease during the Plio–Pleistocene transition."
NASA
Scientists Discover Young, Earth-Like Planet Forming Around Distant Star
Melott commented that while scientists do not know if there is a link between supernova activity and colder temperature, there are many ways in which the stars' deaths could impact life on Earth, including the course of evolution.

"This climatic variation may be one of the conditions that led to human evolution. Ionization of the atmosphere by supernovas may also lead to an increase in lightning and possibly other climatic effects," he wrote.