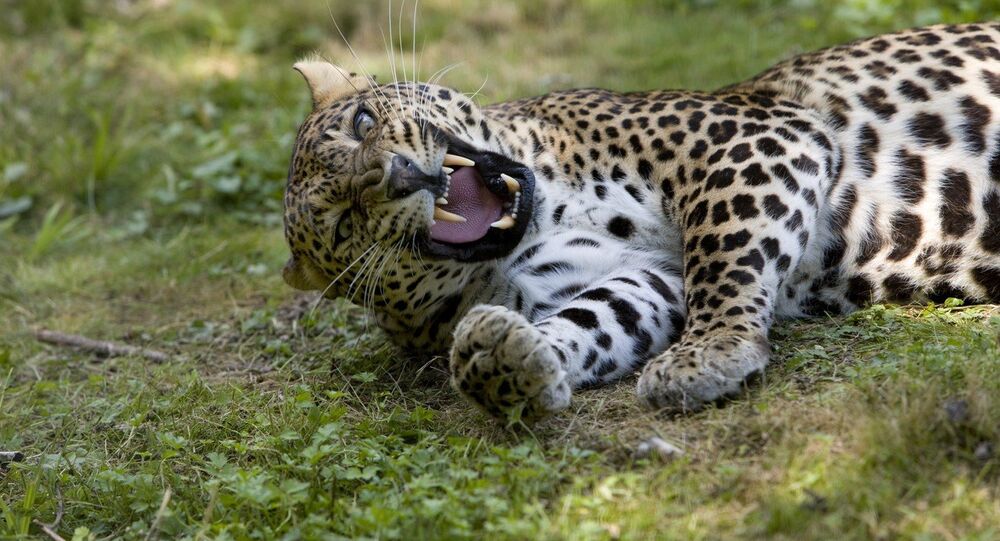 An Iranian insurance company has started compensating herders and ranchers for Persian Leopard attacks as a voluntary environmental measure, as has a Russian company, for attacks by the country’s own Amur Leopard and Amur Tiger

© Sputnik / Vitaly Ankov
Ooh La La! One of Timur the Goat’s Fiancées Turns Up Pregnant
According to Ali Teimouri, Director-General of the Department of Environment Protection and Hunting and Fishing Management Office of Iran, "The decision is part of attempts to improve the conditions for endangered species and as an action of priority in a national protection scheme for the Persian Leopard; the insurance policy is the product of months of hectic work of examination of different insurance schemes, which was finalized Wednesday," Mehr News Agency reported.

The Persian Leopard is an endangered animal, but shepherds keep killing it to protect livestock. The insurance policy is aimed to prevent them from doing so, as people will now be aware they will be compensated in case of a leopard attack.

"Once the insurance plan goes into effect, people who suffer losses caused by leopards will be appropriately compensated," Teimouri said. "This is a highly laudable action which the insurance company has voluntarily been involved in; the responsibility still lies with the general public to initiate proper actions of other sort to protect country's natural national resources."

A similar initiative has been taken in Russia, announced by the Chief of the Presidential Administration of Russia, Sergey Ivanov. According to Ivanov, wild cats in the Russian Far East have increased their population in the past few years, thanks to environmental protection initiatives. This has led to more frequent attacks on livestock by the Amur Leopard and Amur Tiger.

"One of the largest Russian insurance companies has volunteered to insure the damage caused by leopards and tigers. The maximum insurance amounts to up to two [$28,150]," said Ivanov, as reported by PrimaMedia.

Predator attack insurance is a common practice in certain regions, where the risk of wild animal attacks on livestock or people, including tourist groups, is present. India, for example, established the practice in 2002, and neighboring Pakistan has records of cattle – and human – insurance against such attacks going back to 1998.