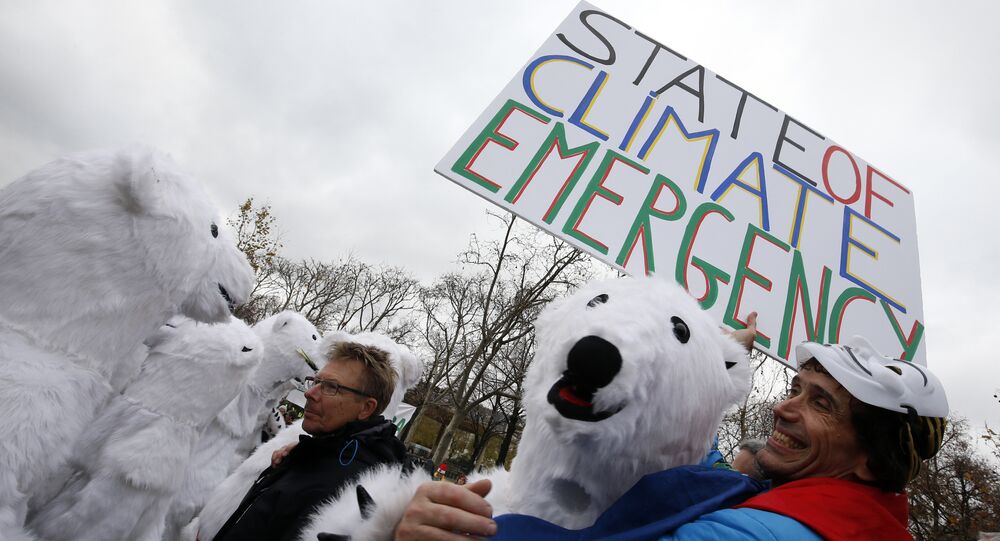 Experts warn that we may be nearing a tipping point that could trigger a massive, apocalyptic temperature increase.

This weekend NASA released new data showing that February 2016 was not only the hottest February in recorded history, but soared so far past all previous records as to cause scientists to describe it as "an ominous milestone in our march towards an ever-warmer planet."

According to meteorologists Bob Henson and Dr. Jeff Masters, founder of the popular Weather Underground meteorological website, the NASA report was a "bombshell." The meteorologists worry that the planet may have passed a critical tipping point with "February 2016 soaring past all rivals as the warmest seasonally adjusted month in more than a century of global recordkeeping."

© REUTERS / Gretchen Ertl
Trump Calls for a Ban to Foreign Student Labor, Continues to Use It Himself

Stefan Rahmstorf, of Germany’s Potsdam Institute of Climate Impact Research, described the development using cataclysmic terminology. "We are in a state of climate emergency now," declared Rahmstorf, "the new figures are quite stunning and what we are seeing is completely unprecedented."

Generally, scientists caution against highlighting a one- or two-month temperature spike, particularly in an El Niño climate cycle, as the Earth is experiencing this year. However, the climate data reported was so extraordinary that many scientists believe it warrants serious alarm. The temperature reporting for February 2016 exceeded even the "super" El Niño of February 1998 by 0.47°C.

Climatologists believe that the string of monthly temperature records is only the tip of the iceberg, expecting continued record readings in months and years to come, due to the increased concentration of carbon in the global atmosphere that, in turn, will drive higher longer-term temperatures.

NASA/Don Davis
Apocalypse Not Now: Nuclear Warheads Could Save Earth From Asteroids

What many scientists fear, beyond a gradual increase in temperatures, is reaching a tipping point, a full-scale melting of the polar ice caps which would release methane, a powerful greenhouse gas with roughly 80 times the impact on global temperature as carbon dioxide.

If the ice caps melt, scientists speculate it could trigger a rapid, potentially apocalyptic temperature hike.

Mind Over Matter: Can Congress Wish Global Warming Away?