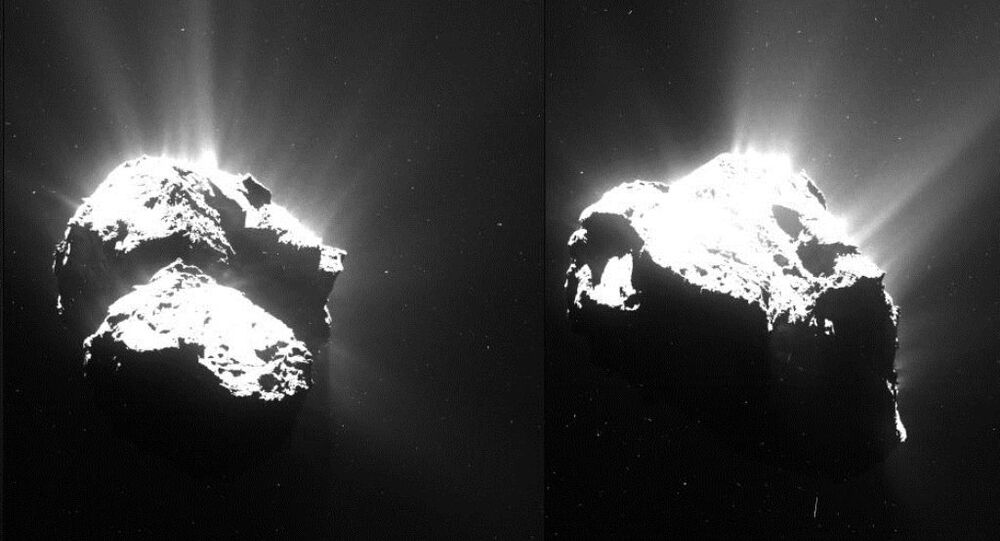 Temperatures are warming up in the world of astronomy after a team of researchers discovered ice crystals on a comet, suggesting it could be as old as the solar system.

An international research team discovered the ice in crystalline form on the surface of comet 67P Churyumov-Gerasimenko, Churi for short, indicating that it was formed 4.6 billion years ago — the results of the experiment have been published in the Astrophysical Journal.

The comet, which is part of the planet Jupiter family, has found to have ice crystals on its surface that could have originated in space before the solar system or the sun was formed in conditions described by scientists as protosolar nebula.

By analyzing chemicals trapped in the ice on the comet's surface, researchers were able to determine the age of the ice crystals using a mass spectrometer — which is an instrument that can measure the masses and relative concentrations of atoms and molecules. A statement from the French National Center for Scientific Research (CNRS) said:

"If comets are made of crystalline ice, this means that they must have formed at the same time as the solar system, that than earlier in the interstellar medium."

The discovery of ice crystals on Churi could have implications on future research surrounding how the earth and solar system began life.

© Flickr / Stuart Rankin
Comet Chaser Discovers Oxygen on 67P/ Churyumov-Gerasimenko
"The data was compared with that from laboratory experiments on amorphous ice, as well as from models describing the composition of gas hydrates, a type of crystalline ice in which water molecules can trap molecules of gas."

The levels of nitrogen and argon gas in the ice led the researchers to conclude that is had a crystalline structure, suggesting the ice on the surface of the comet could have been formed before the solar system, or even at the same time.

Fade to Black: Study Shows the Universe is Slowly Dying