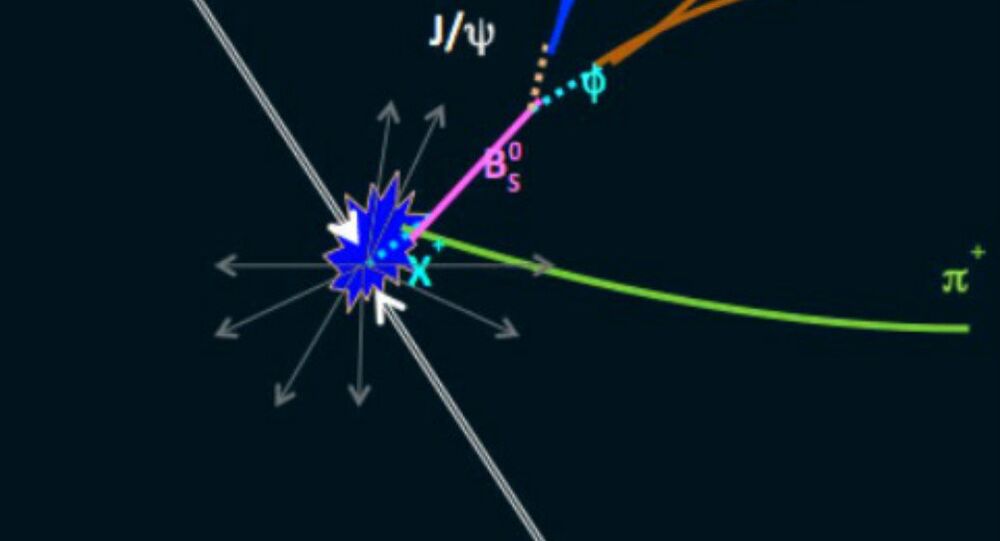 It's a Tetraquark: Scientists Welcome New Particle Into the World

Physicists have announced the discovery of a new particle that contains a different number of quarks from particles they have seen before.

© AFP 2021 / FABRICE COFFRINI
Large Hadron Collider Experiment Lands a Blow on Physics' Standard Model
Researchers at the Fermi National Accelerator Laboratory in Illinois have discovered a new particle which they believe is one of an exotic new species of particle made from four quarks.

Quarks, along with leptons, are the two basic types of elementary particles, the basic constituent of matter. Quarks result in particles called hadrons, and have almost always been found in pairs (mesons) or triplets (baryons) with other quarks and antiquarks.

"Physicists have long conjectured that exotic particles containing an additional quark-antiquark pairs could exist, and a handful of candidates have been seen," explained scientists from the DZero experiment, who are searching for subatomic clues in data collected from the last run of the Tevatron collider at Fermilab between 2002 and 2011.

© Photo : Wikipedia
The DZero detector, one of two detectors positioned along the four-mile Tevatron accelerator ring
"Such particles, called tetraquarks, or their close relatives, the pentaquarks, would be exotic states forming a new particle species paralleling the ordinary mesons and baryons."

While researchers have previously identified a few cases of tetraquark or pentaquark states, like the pentaquarks observed by researchers at the Large Hadron Collider in July last year, they all have a quark and an antiquark of the same flavor.

The new particle is special because it contains four distinct flavors of quarks and antiquarks, bottom, strange, up and down, which were identified by the way it decays.

"The next question will be to understand how the four quarks are put together," said Paul Grannis, DZero spokesperson.

"They could all be scrunched together in one tight ball, or they might be one pair of tightly bound quarks that revolves at some distance from the other pair."