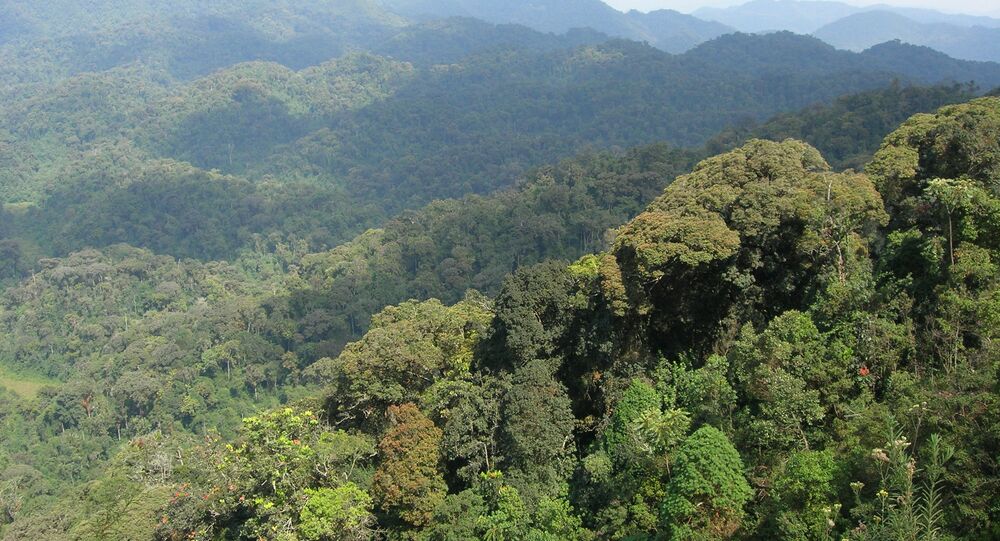 The European Union has been too lax about enforcing rules that aim to stop the importation of illegally felled timber, a European Commission draft report obtained by German media has found.

MOSCOW (Sputnik) — The report is the European Commission's assessment of timber exports to Europe, most notably from Central Africa’s precious rainforests, three years after the EU Timber Regulation (EUTR) came into being in 2013.

According to the Sueddeutsche Zeitung newspaper, the report found "no solid indications" that EUTR had been followed. Hardly any companies responsible for bringing timber and wood products like furniture to Europe had been investigated or punished for violations.

© East News / AP Photo/Japan Sport Council
Olympic Venues Construction in Japan May Endanger Malaysian Rainforests
In Spain and Italy, regulators ran no checks at all on timber-related companies between May 2013 and February 2015, the draft EU report found. In Germany, EUTR violations carry a fine of 50 euros, which the European Commission believes is too low to dissuade potential importers of illegally logged wood.

Trade in illegally felled wood accounts for the third most profitable business for international organized crime after drugs and the sale of counterfeit goods, estimated between $30 billion and 100 billion, according to the German outlet.

The report is due to appear just months after world powers celebrated the signing of a breakthrough climate deal in Paris last December, where they pledged to curb global carbon emissions.

'Keep It in the Ground': New Warning on Climate Change