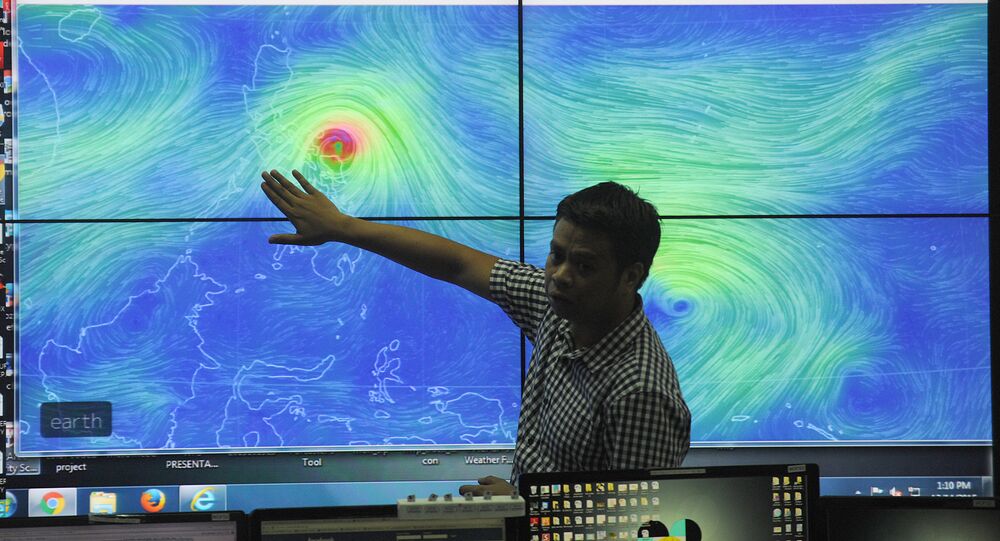 MOSCOW (Sputnik) — The NDRRN said that Melor was forecast to hit the country's Northern Samar province on Monday with winds gusting at 185 kilometers (115 miles) per hour, and then it was expected to move west at 19 kilometers per hour.

“A total of 161, 014 families/ 724,839 persons were pre-emptively evacuated in the Provinces of Albay and Sorsogon, and in Northern Samar,” the statement published at the council’s website said.

The Philippines is hit by dozens of tornadoes and typhoons annually during the monsoon season between June and December.