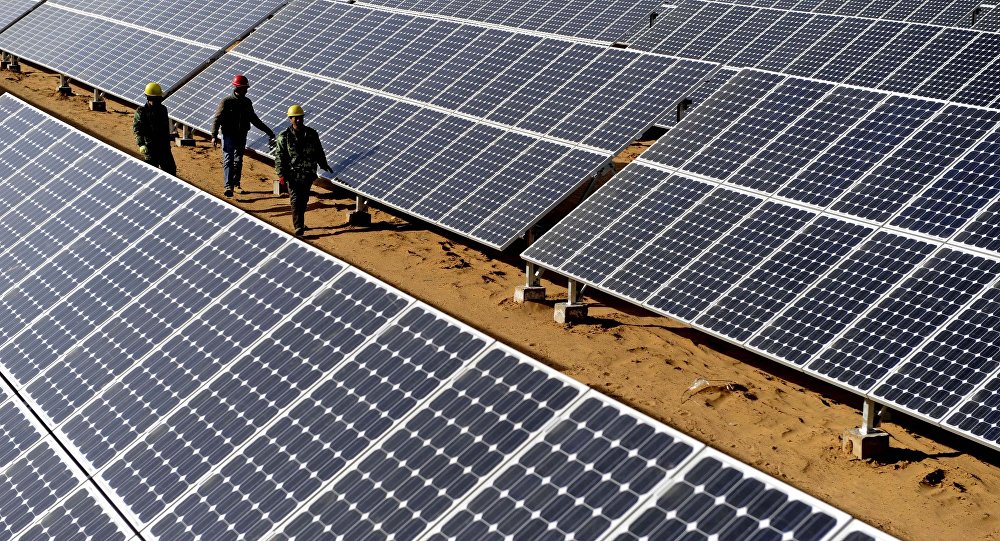 Financial think-tank that promotes the green energy market said that China is poised to become the world’s largest green economy.

© AFP 2019 / Ed JONES
UN Secretary-General Urges Businesses to Go Greener, Be More Responsible
PARIS (Sputnik), Daria Chernyshova – China is poised to become the world’s largest green economy due to Beijing’s determination to move away from coal to wind and solar energy, the head of the Carbon Tracker Initiative, a financial think-tank that promotes the green energy market, told Sputnik on Tuesday.

"China is determined to be the world’s leader in the green economy, and they see green economy over the next 50 years as being a major part of their economy and they want to dominate [the sector]," Carbon Tracker CEO Anthony Hobley said.

Hobley, whose initiative campaigns for a climate secure global energy market, said Beijing looked determined to move away from coal, considering the level of air pollution in the country linked to coal-burning.

The first ever "red alert" warning was issued in Beijing on Monday after air pollution reached one of the most dangerous levels yet, prompting the government to limit car use and stop the operations of several factories.

"They have a major political issue with coal pollution in the population, so they are moving now to address that in a major way," Hobley said, adding China looked likely to overachieve the national climate commitments it made ahead of the climate talks in Paris.

"I would expect by 2050 China would be one of the cleanest industrial economies in the world, and it will be driven by 21st century energy technology, not 20th century technology," Hobley suggested.

One of the reasons why the cost of wind and solar energy went down so dramatically was, Hobley said, because China had moved into manufacturing wind and solar at scale.

UN-backed climate talks aimed at reaching a long-term deal to cut carbon emissions entered their second, and last, week on Monday. China, which is the world’s biggest polluter, has been participating in the conference alongside more than 190 nations.

Moscow should strengthen its energy partnership with Beijing, as the Chinese government is set to dominate green economy, the CEO of Carbon Tracker financial think tank said.

"That would be a very smart thing for Russia to do, is to also have a green technological partnership with China, because China is determined to be at the forefront," Anthony Hobley said.

Hobley underlined that the international community was currently working on a global acceleration of technology and research to build next-generation technology.

China continues to be the world leader in renewable energy investments, spending a total of $83.3 billion on wind, solar and other renewable projects in 2014, according to the Global Status Report.