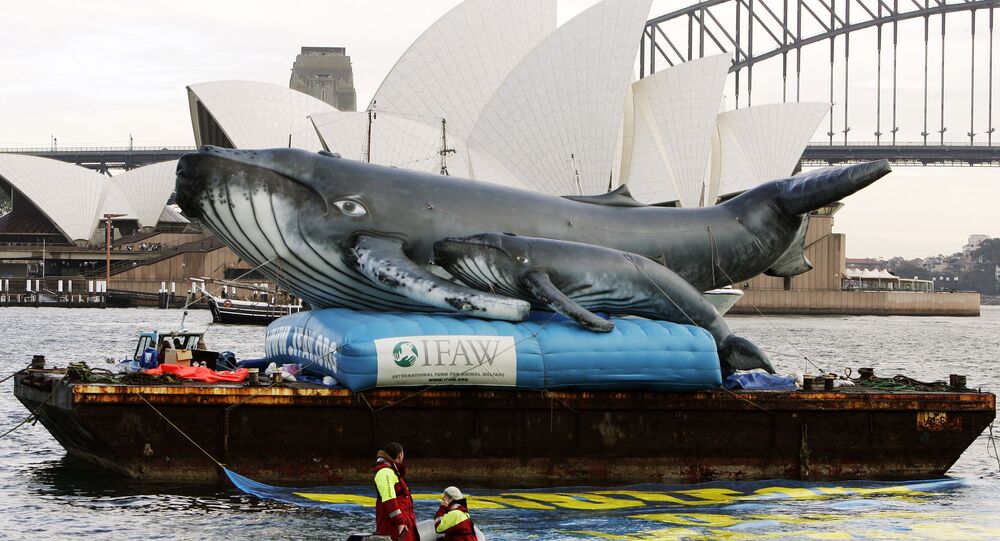 MOSCOW (Sputnik) — Earlier in the day, it was reported that Tokyo was resuming the controversial practice of whaling in the Antarctic, even though the International Court of Justice had ruled that Japan must halt its whale research program last March.

"Australia strongly opposes the decision by Japan to resuming whaling in the Southern Ocean this summer. Japan cannot unilaterally decide whether it has adequately addressed the scientific committee's questions," Hunt said, as quoted by the Sky News Australia television channel.

© AFP 2021 / YOSHIKAZU TSUNO
Japan to Resume Antarctic Ocean Whaling Despite Court Ruling
The Japanese Fisheries Agency notified the International Whaling Commission that it would cap annual whale catches at 333, which is a 67 percent decrease.

The International Whaling Commission banned commercial whaling in 1986. A 1987 agreement, however, allows for whales to be hunted and killed for scientific research purposes – a loophole Japan has been using for decades.