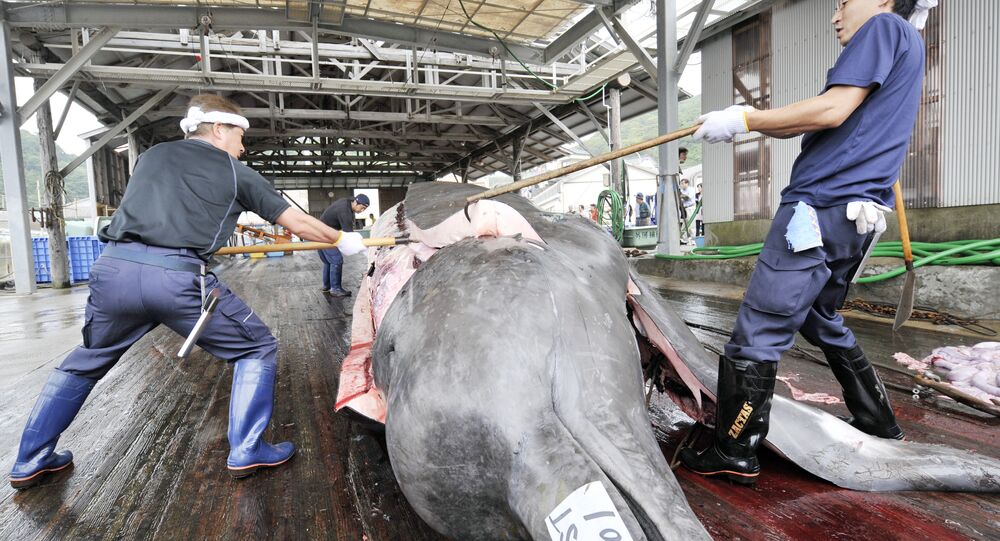 Japan will continue whaling in the Antarctic Ocean, despite last year’s court ruling ordering the country to halt this practice, media reported Saturday.

MOSCOW (Sputnik) — According to the ITV television channel, the country will resume whaling by late March 2016.

The Japanese Fisheries Agency notified the International Whaling Commission that it had decided to resume whaling in the 2015/2016 season under a plan which it believes to be reasonable. The plan envisages cutting whale catches to 333, decreasing the number by two thirds, the channel reported.

The International Whaling Commission banned commercial whaling in 1986. A 1987 agreement, however, allows for whales to be hunted and killed for scientific research purposes – a loophole Japan has been using for decades. The country’s actions have been criticized by environment protection activists worldwide as the meat of the whales caught "for scientific purposes" ended up on the shelves of Japanese supermarkets.