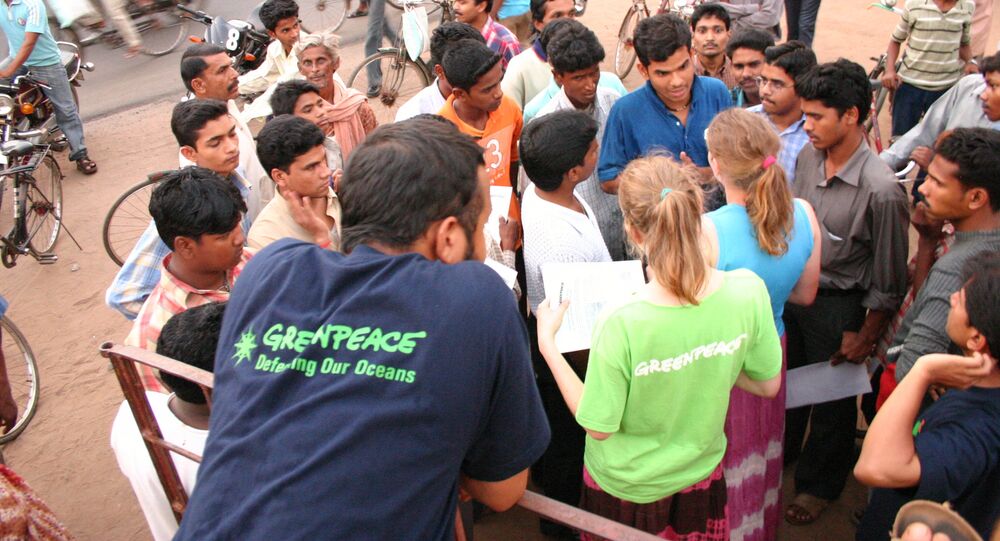 The international environmental group has had its license revoked by the Indian government and has one month to close down under accusations of data falsification and fraud.

Civil society is important for a healthy democracy. SUPPORT the right to SPEAK UP: https://t.co/2Qe63t5OkQ pic.twitter.com/V2z5Ut4trf

The order was issued by authorities in Tamil Nadu, the southern Indian state where Greenpeace was registered, according to the watchdog’s online release published on Friday.

In the official document dated November 4th the company was denounced as submitting false information to authorities and engaging in fraudulent dealings, like falsification of balance sheets.

“The MHA’s clumsy tactics to suppress free speech and dissenting voices are turning into a major national and international embarrassment for this government. This is an extension of the deep intolerance for differing viewpoints that sections of this government seem to harbor,” she added.

Greenpeace has a long record of campaigning against nuclear power and toxic waste management and genetically modified crops along with coal mines in forests in India.