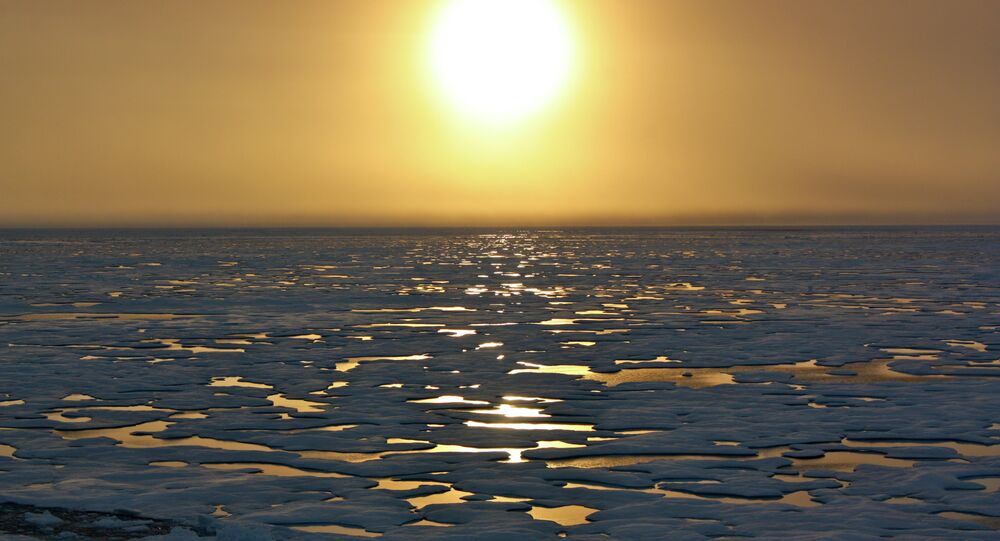 German scholars warn that if carbon emissions in the atmosphere aren’t reduced immediately worldwide, a series of “unstoppable” events will be triggered: a dramatic rise in sea levels and the total annihilation of coastal cities inhabited by millions of people.

© Flickr / NASA's Earth Observatory
Global Warming: Monster Hurricane Patricia Inaugurates New Era of 'Terrifying Storms'
The man-made “destabilization” of some of Antarctica’s most “vulnerable” areas may lead to catastrophic consequences for the whole world, according to a new report from scholars at Germany's Potsdam Institute for Climate Impact Research, published in the Proceedings of the National Academy of Sciences.

According to the study, the Amundsen Sea area in West Antarctica appears to be "the first element in the climate system about to tip," which may be the catalyst to a series of irreversible events spanning the next “thousands of years.”

"[I]f the Amundsen Sea sector is destabilized, then the entire marine part of West Antarctica will be discharged into the ocean," the study asserts.

© Sputnik / Valeriy Melnikov
Russia Increases by ‘Five Monacos’ After Discovery of New Arctic Islands
The outcome of that discharge — the rise in global sea levels of up to three meters — promises to be catastrophic.  The world’s population, the paper reads, would have to adapt to an entirely new global environment: coastal protection measures like “building or rebuilding or raising of dykes, the construction of seawalls, or the realization of land fills in the hinterland” would become essential for saving cities and their cultural heritage globally.

What’s more threatening, however, is that we are witnessing the start of that process right now, and it is quite difficult to predict how the situation will unfold in the near future, Johannes Feldmann, lead author of paper, pointed out.

"What we call the eternal ice of Antarctica unfortunately turns out not to be eternal at all. Once the ice masses get perturbed, which is what is happening today, they respond in a non-linear way: there is a relatively sudden breakdown of stability after a long period during which little change can be found."

© AP Photo / Martin Meissner, File
States Responsible for Most World Gas Emissions Submit Climate Action Plans
There are some scholars challenging the German researchers’ study, pointing out that it is not yet clear whether the process will develop exactly as they’ve laid out in the paper.

For instance, Jonathan Bamber, a glaciologist at the University of Bristol, told the Washington Post that "how quickly we reach this point of no return, and how rapidly it proceeds," is yet to be determined, and we may have some time to attempt to solve the problem.

“[T]he next few decades will determine whether the [West Antarctic ice sheet] is just endangered or on its path to extinction."

The recipe for saving the world, as suggested by the study’s team, is simple, but measures are needed to be taken right now. Anders Levermann, co-author of the paper, stressed that carbon reductions must be implemented urgently, as sea-level rise is imminent, and with it the demolition of “future heritage by consuming the cities we live in."