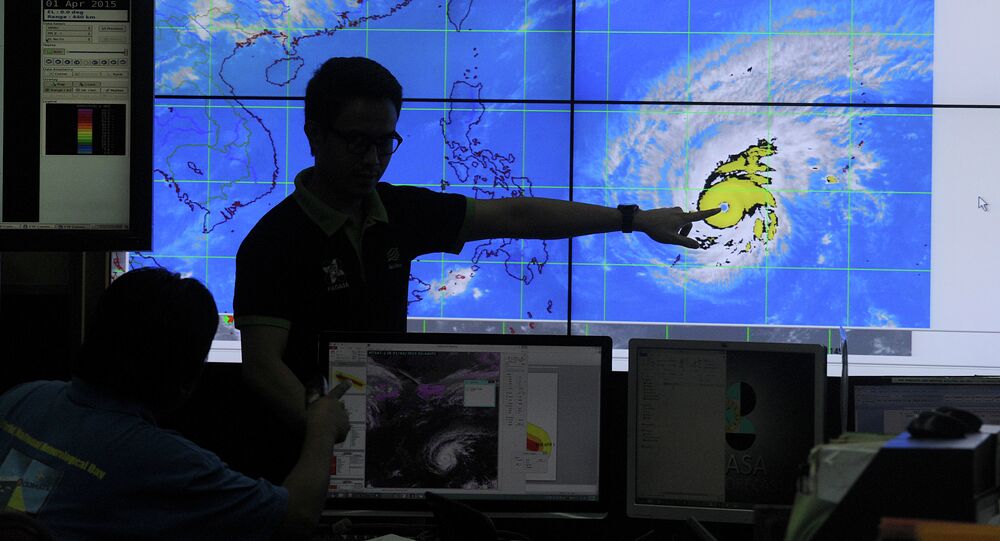 Waves may reach up to 14 meters in open sea and heavy rains and flooding should be expected.

BALI (Sputnik) – The Philippines is starting to evacuate residents of the Aurora Province in the Central Luzon region as typhoon Lando (Koppu) approaches.

"Typhoon ‘LANDO’ has slightly intensified and slowed down as it approaches Aurora Province," the Philippine Atmospheric, Geophysical and Astronomical Services Administration said in a Saturday tropical cyclone warning, adding that "Lando is expected to make a landfall over Aurora area by Sunday morning."

© REUTERS / NASA/Goddard's MODIS Rapid Response Team
Thousands Get Evacuation Advisories in Japan as Choi-Wan Typhoon Approaches
According to the weather bureau waves may reach up to 14 meters (46 feet) in open sea and heavy rains and flooding should be expected.

"Fisherfolk are advised not to venture out over the seaboards of Luzon and Visayas and the eastern seaboard of Mindanao," the bureau said.

The bureau placed the Aurora, Isabela and Quirino provinces, among others, under public storm warning signal #3, warning of possible damage to infrastructure and widespread disruption of electrical power and communication services.

A number of domestic flights have been cancelled in the Philippines amid bad weather.

The Philippines is hit by dozens of tornadoes and typhoons annually during the rainy season that usually lasts between June and October.