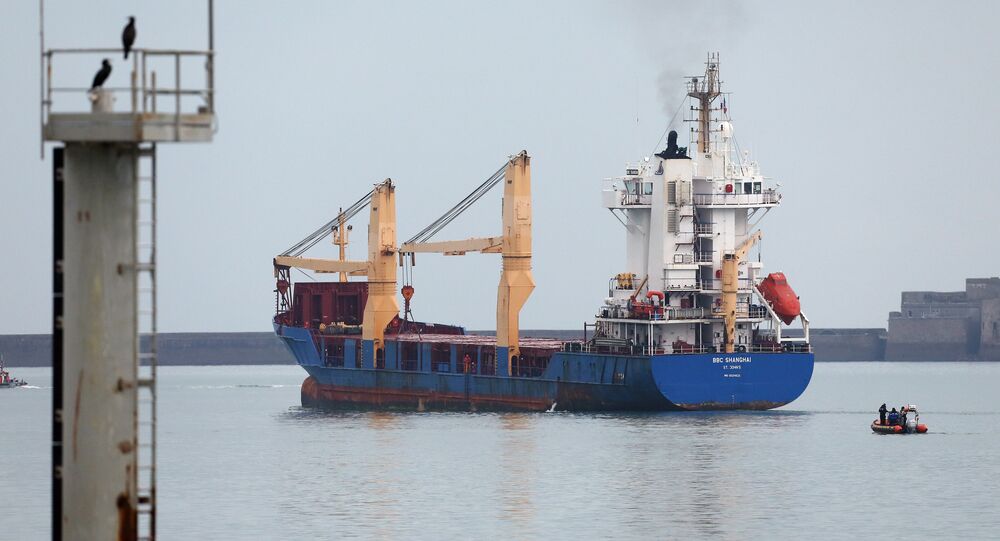 Nuclear Waste Cargo Ships Out for Australia Despite Environmental Concerns

The 28-ton radioactive waste ship was produced by the Australian Nuclear Science and Technology Organization (ANSTO) and sent to France in 2001 for reprocessing, The Guardian newspaper reported.

MOSCOW (Sputnik) — The cargo ship BBC Shanghai, carrying nuclear waste, has left the French port of Cherbourg en route to Australia despite safety warnings from environmental organizations, it has been reported in the media.

"It’s outrageous that the BBC Shanghai is heading towards Australia and it is not outfitted to safely carry nuclear waste. What we have is a vessel that will be ill-equipped to deal with any sort of accident involving the nuclear waste. It’s an environmental disaster waiting to happen," Emma Gibson, from Greenpeace Australia Pacific, told the newspaper.

© Flickr / Kevin Gill
Terraforming the Red Planet: Nuclear Blasts Could Warm Mars for Humans?
According to Gibson, the last official inspection in August 2015 showed problems with shipboard operations and the ship's emergency preparedness.

On Wednesday, the BBC Shanghai underwent a full inspection by French maritime safety authorities and the French nuclear safety regulator, who confirmed and certified the ship’s seaworthiness, ANSTO said.

The BBC Shanghai is set to reach Sydney on November 27, where the nuclear waste will be stored at the Lucas Heights facility.