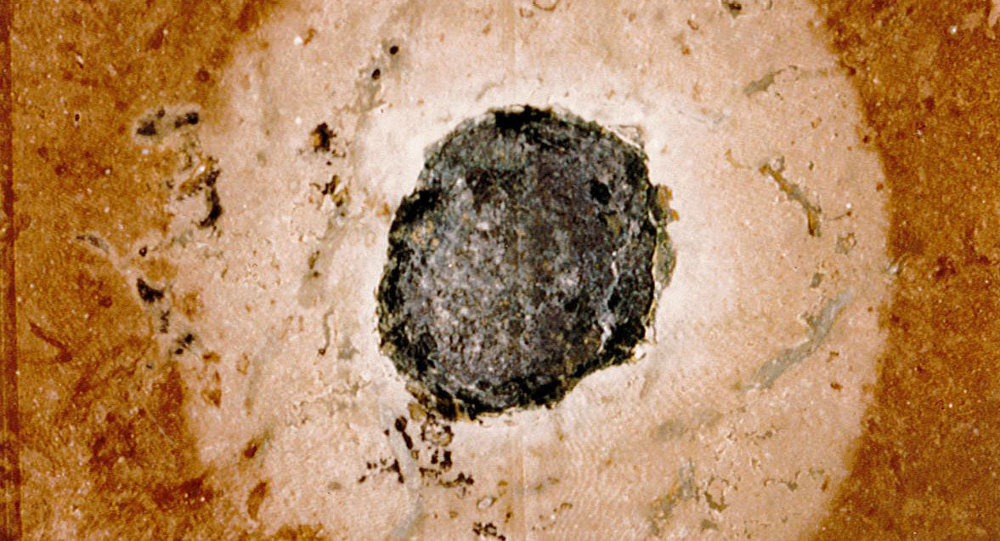 The discovery of a double crater in the Jamtland region of Sweden marks the first time scientists have proved the occurrence of a simultaneous meteor strike.

© Flickr / Hubble ESA
Pricey Payload: Asteroid Carrying $5 Trillion of Platinum to Pass by Earth
A double-crater discovered in central Sweden was left by a pair of meteors that struck Earth almost half a billion years ago, scientists from the University of Gothenburg announced on Friday.

"The two meteorite impacts occurred at the same time, 458 million years ago, and formed these two craters," Erik Sturkell, one of the researchers that discovered the craters, stated. Sturkell is a Professor of Geophysics at the University of Gothenburg.

© Flickr / Sandia Labs
Scientists in Russia Create 3D Model of 2013 Chelyabinsk Meteor
The discovery was made close to the town of Ostersund, capital of Jamtland County.

"Around 470 million years ago, two large asteroids collided in the asteroid belt between Mars and Jupiter, and many fragments were thrown off in new orbits. Many of these crashed on Earth, such as these two in Jamtland," explained the professor.

The meteors hit Jamtland when the region was under the sea; the water depth was 500 meters. The force of the impact pushed away the water, and left the craters dry for one hundred seconds after the strike.

Don Dixon, Erik Sturkell / University of Gothenburg
Illustration of the impact that resulted in a unique double crater in Sweden
"The water then rushed back in, bringing with it fragments from the meteorites mixed with material that had been ejected during the explosion and with a gigantic wave that tore away parts of the sea bed," says Sturkell.

The scientists were able to identify that the craters were the result of simultaneous impacts by carrying out a drilling operation that demonstrated identical sequences of sediment above the craters, the larger of which has a diameter of 7.5 kilometers; the smaller crater, located 16 kilometers away, measures 700 meters across.

Perseid Meteor Showers to Peak This Week, and It’ll Probably be Amazing