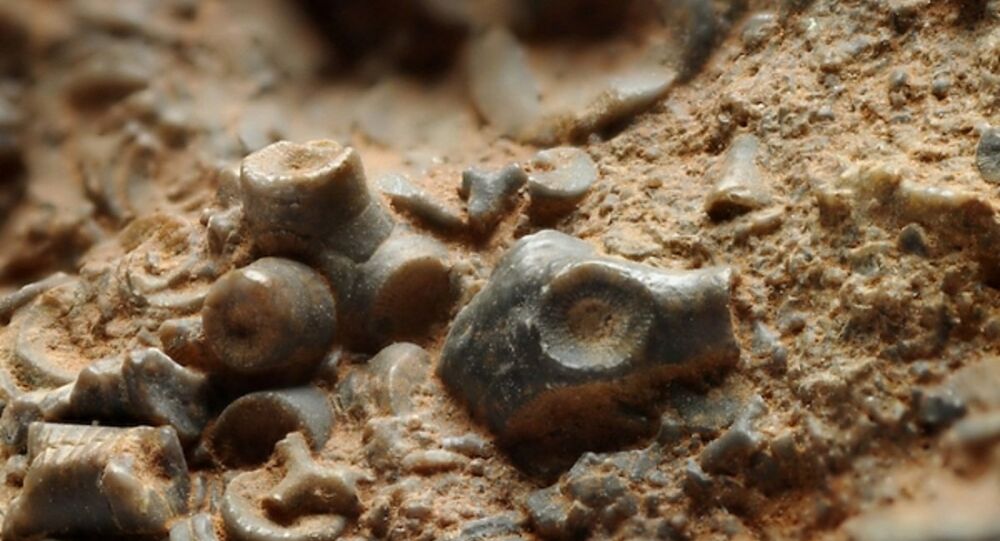 Builders working on a development of new homes in California have discovered ice age mammoth and bison fossils.

© Sputnik / Dmitry Korobeinikov
King of the Jungle: Humans Stopped Elephants from Stepping Foot in Europe
Workers in California unearthed the fossils of Ice Age animals including a mammoth and a bison, during earth-moving operations in July prior to the construction of a housing development at the site.

The excavation work for the property development at Quarry Creek in Carlsbad, California, led builders to unearth the Ice Age remains of a Columbian mammoth, a bison's skull and partial skeleton, as well as horses and turtles.

The fossils have since been taken to the San Diego Museum of Natural History for examination, where some of the find, including the bison, will be put on display.

"The bison fossil, which includes a skull and partial skeleton, is the most unusual and probably the most complete of the larger animals found at the project site. These are big animals, much larger than modern plains bison," explained Tom Demere, the museum's curator of paleontology.

© REUTERS / 2012 D3D Ice Age, LLC
Genome Study Brings Woolly Mammoth DNA Back From the Dead
Paleontologists from the museum, who worked with the property developer to remove the fossils, will continue to look for more fossils in the area of Quarry Creek.

The developer, Cornerstone Communities, which intends to build 636 housing units on the site, said that excavation was stopped and the paleontologists called in immediately when its workers made the discovery.

In such situations, they explained, "We stop everything or go grade another area on the site," adding that "a mass grading operation can still be sensitive to historical and paleontological concerns."

© Flickr / Chris Devers
Life-like replica of a Columbian Mammoth in the Boston Museum of Science
The fossils found at the site are between 50,000 and 200,000 years old, and date back to the most recent ice age, at the end of the Pleistocene Epoch, the time period that spanned from 2.6 million to 11,700 years ago.

The extinction of such prehistoric giant mammals has been ascribed by many researchers to human migration around the world; by 10,000 years ago, Homo sapiens had conquered North and South America, a time that coincided with the extinction of mammoths and other species of megafauna.