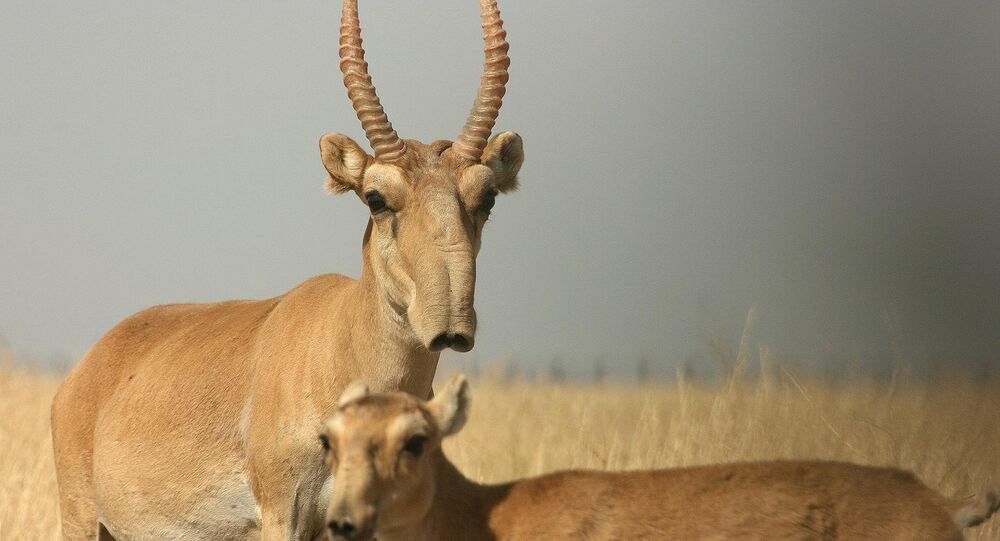 Chinese Demand for Saiga Antelope Horns May Lead to Extinction

The International Union for the Conservation of Nature (IUCN) considers the Saiga antelopes to be critically endangered.

VLADIVOSTOK (Sputnik), Alexander Mosesov – The Chinese market’s demand for the horns of Saiga antelopes could lead to total extinction of the species, Masha Vorontsova, Regional Director for Russia and CIS of the International Fund for Animal Welfare (IFAW) told Sputnik on Saturday.

Russia is planning to add the Saiga antelopes into its Red Data Book of endangered animals.

In Central Asia, in the 1990s, "tens of thousands of Saiga antelopes’ carcasses were just lying around in the steppes," killed by poachers with "train cars filled with horns and other parts of the antelopes' carcasses" sent to China.

The International Union for the Conservation of Nature (IUCN) considers the Saiga antelopes to be critically endangered.

The EEF brought together business and government representatives along with industry experts from Russia and Asia-Pacific countries to discuss the economic potential of Russia's Far East and the Asia-Pacific region, as well as cooperation and investment opportunities. According to Moscow, the three-day forum resulted in signing of around 80 agreements worth some $19 billion.