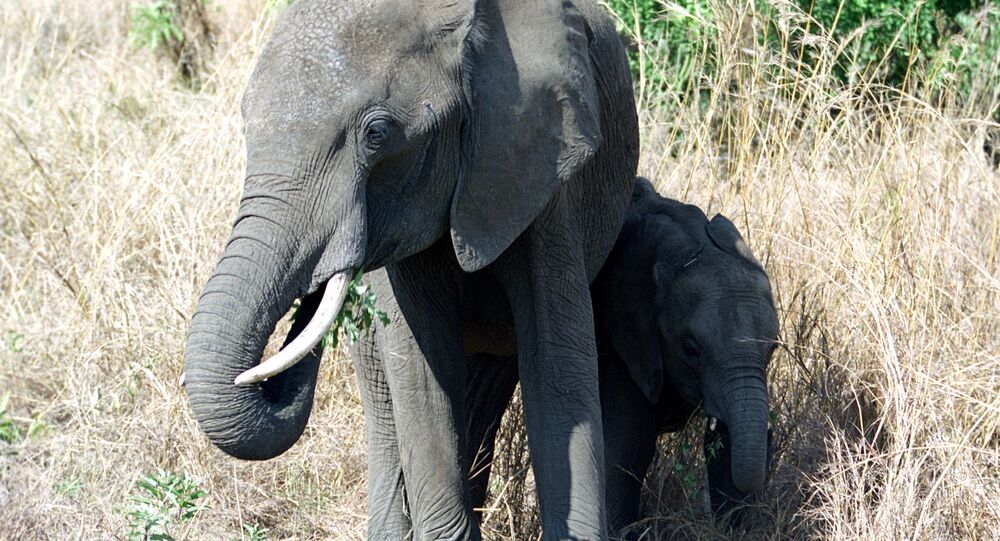 King of the Jungle: Humans Stopped Elephants from Stepping Foot in Europe

A new study shows that if the world had no humans, it would look like the Serengeti in Africa, and elephants and rhinos would roam Europe.

© Flickr / Valerie
Grizzly Bear Allegedly Kills Hiker in US Yellowstone National Park
Scientists carrying out research into the diversity of Earth's mammals have found that if there were no humans, mammal life would be more diverse all over the world, and animals such as elephants and rhinos would be found in Europe too.

Rather than being due to climate or other environmental factors, as commonly thought, the relative lack of diversity outside of Africa is due to human activity, the researchers found.

"Northern Europe is far from the only place in which humans have reduced the diversity of mammals — it's a worldwide phenomenon," explained Professor Jens-Christian Svenning, from the Department of Bioscience at Aarhus University, one of the authors of the study.

"In most places, there's a very large deficit in mammal diversity relative to what it would naturally have been."

© REUTERS / A.J. Loveridge
Zimbabwe Charges Man Who Helped Kill Cecil the Lion
The authors found the basis for their study in a previous analysis, which found that the mass extinction of large mammals such as woolly mammoths, woolly rhinoceros and giant deer during the last ice age can be largely explained by the impact of modern humans leaving Africa and migrating across the world.

In this analysis, published in the August issue of the journal 'Diversity and Distributions,' the authors produced a world map of what mammal diversity would look like, if the world had no people. According to the findings, in a world without humans, North and South America would be populated by the greatest diversity of mammal wildlife.

Without humans, the whole world could look like Serengeti http://t.co/240GUdVK2h pic.twitter.com/Bj36AF2s0V

"Most safaris today take place in Africa, but under natural circumstances, as many or even more large animals would no doubt have existed in other places, e.g., notably parts of the New World such as Texas and neighboring areas and the region around northern Argentina-Southern Brazil,"," said Soren Faurby of Aarhus University, another author of the study.

The authors also suggest that the large number of mammal species in mountainous areas is "partly due to the fact that the mountains have acted as a refuge for species in relation to hunting and habitat destruction, rather than being a purely natural pattern," said Faurby, who hopes that the study can help to provide a basis for efforts to better conserve mammal diversity.