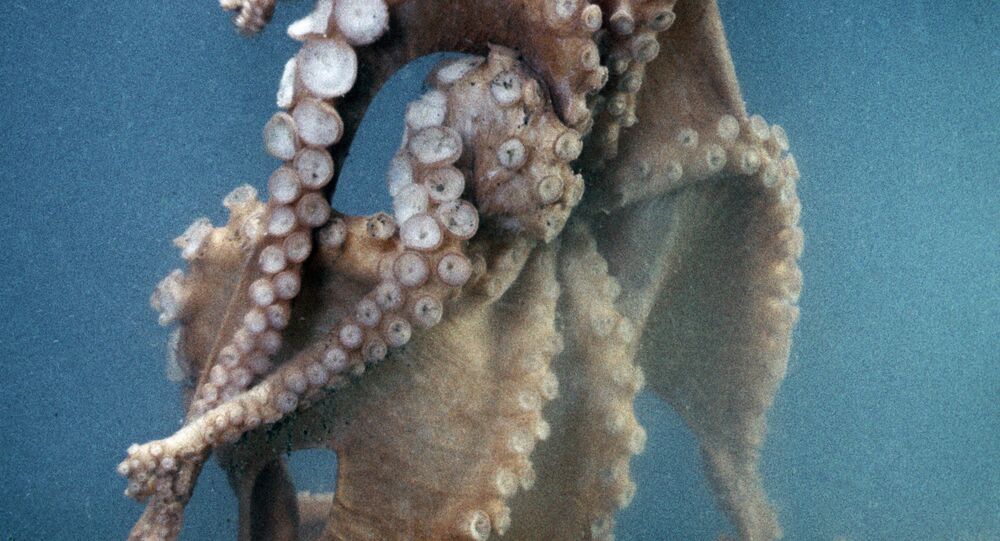 The idea of frighteningly smart octopuses shouldn’t be a surprise yet for anybody after Paul the Octopus correctly guessed the results of World Cup matches in 2008.

Gabriel D. Weymouth and Vignesh Subramaniam
Octopus Inspires Ultra-Fast Underwater "Robot" (VIDEO)
A study from 2009 found that octopus were one of the few creatures on Earth capable of using tools, and had been  observed constructing shelters out of coconut shells. But a new discovery by an international group of scientists leave all the previous octopus-related breakthroughs behind.

The octopus’ genome has been finally fully decoded,  revealing 10,000 more genes than man’s – totaling more than  33,000. This explains the mollusks’ increased life expectancy and helps answer questions as to how they have such an alien form?

A new study published in Nature also shows how the genome dramatically differs from other intelligent aquatic ones.

“The octopus appears to be utterly different from all other animals, even other mollusks, with its eight prehensile arms, its large brain and its clever problem-solving capabilities,” said Clifton Ragsdale, one of the leaders of the genome-sequencing project from the University of Chicago.

Genome decoding helps to understand the octopus’ intelligence, according to the scientists who have collected 2.7 billion “letters” of the octopus’s genetic code – the first one in its kind.

“It’s important for us to know the genome, because it gives us insights into how the sophisticated cognitive skills of octopuses evolved,” says neurobiologist Benny Hochner from the Hebrew University of Jerusalem in Israel.

It was a struggle to understand how the cephalopods were such a clever animal, capable of navigating highly complex labyrinths and opening up jars filled with crabs.

“They were the first intelligent beings on the planet. The reason for looking broadly at several different types of cephalopods is to see what is conserved among them. What is similar among all cephalopods is probably important to being a cephalopod,” said the founding president of the Okinawa Institute of Science and Technology Graduate University in Japan Dr. Sydney Brenner.

The octopus genome promises to become a real scientific breakthrough in such fields like neurobiology and engineering. "This is such an exciting paper and a really significant step forward," says a cephalopod scientist Lindgren, who also stressed that scientists are ”suddenly getting a key to the biggest library in the world that previously you could only look into by peeking through partially blocked windows."