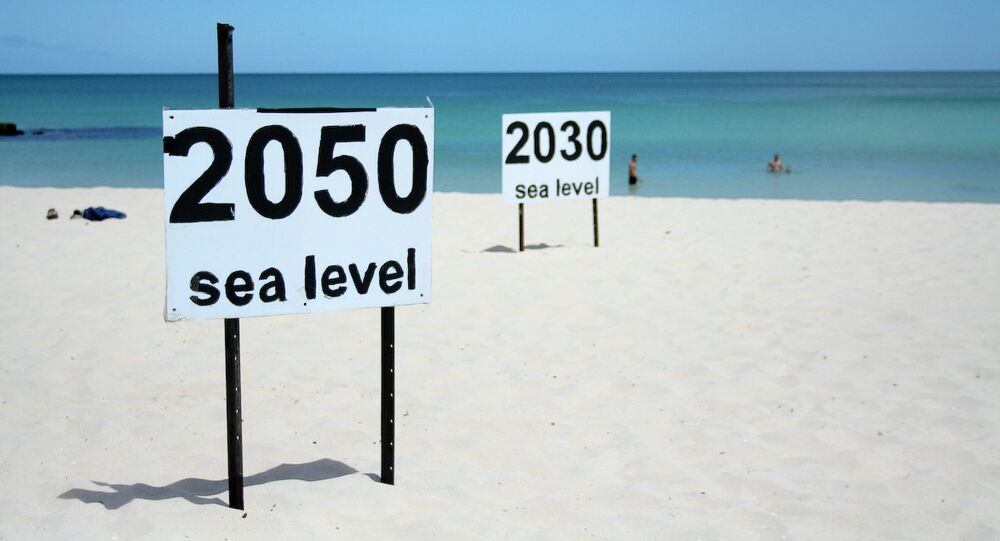 The water level of the 'World Ocean' is rising much more rapidly than previously thought, and dozens of the world's biggest cities may be submerged by 2050, US scientists warned.

Twitter / Slate
Climate Change Prompting Polar Bears to Chow Down on Dolphins
The next few years will see an ever-increasing rise in the water level of the 'World Ocean', which is expected to hit a level of six meters higher than it stands right now. This in turn will reshape the world’s coastline, affecting the lives of millions of people around the world, according to a recent study released by American scientists.

The term 'World Ocean' is a name given to the interconnected system of the Earth's oceanic waters, comprising all of the oceans and seas of the globe.

Research, undertaken by scientists at institutes around the globe and published by Science Magazine, estimate that the sea level is currently growing at a rate 25 percent faster than predicted. Previously the rise was thought to be in the region of  2 meters, which already had catastrophic consequences associated with it. The new data suggests that the rise will now be 300% higher than previously expected, making the problem more devastating and far reaching than before.

According to the study, at least 26 major US cities will face an "emerging flooding crisis" by 2050. The possible 6-meter sea level rise may reshape the US coast, cause Louisiana to lose its boot and transform the Bay Area into the Bays Area by forming a second inland bay, researchers said.

Additional research by Climate Central confirms that the world's coastal nations and megacities will also be affected, with the water rise expected to hit Canada's north and the coastal line of Latin America. Also, Australia's most populous areas will be underwater, according to the research.

According to preliminary estimates, more than 150 million people are now living on land that will either be submerged or exposed to chronic flooding by 2100.

Earlier, Thomas Karl, director of the US National Oceanic and Atmospheric Administration’s National Climatic Data Center, said that "the rate of warming over the first 15 years of this century has, in fact, been as fast or faster than that seen over the last half of the 20th century."