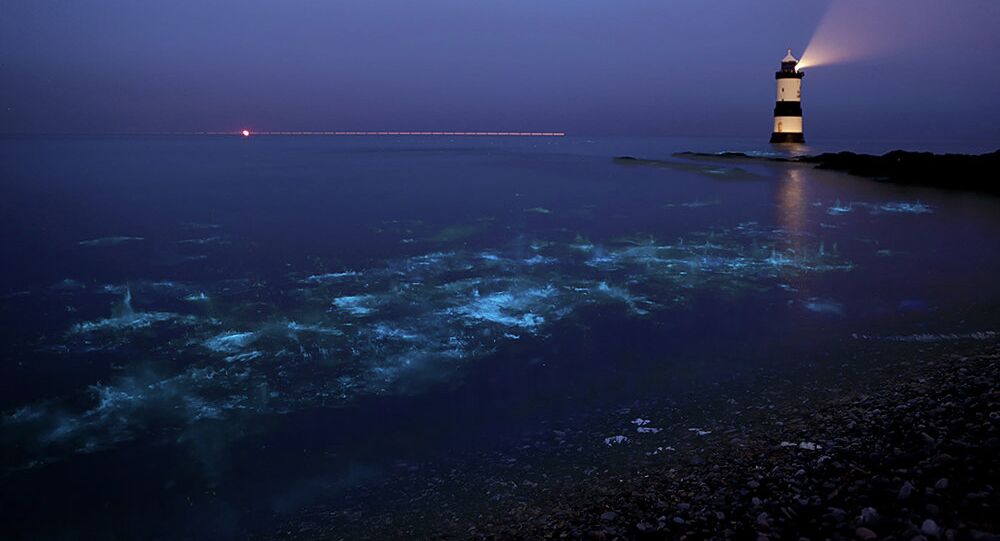 Twitter / Slate
Climate Change Prompting Polar Bears to Chow Down on Dolphins
Researchers have determined why marine plankton brighten the clouds over the Southern Ocean, playing a significant role in containing climate change, according to a new study released by the Science Advances journal.

The study, which was led by the University of Washington and the Pacific Northwest National Laboratory, used NASA satellite data to reveal that these clouds are composed of more condensed and smaller droplets in the summer due to phytoplankton.

"The clouds over the Southern Ocean reflect significantly more sunlight in the summertime than they would without these huge plankton blooms. In the summer, we get about double the concentration of cloud droplets as we would if it were a biologically dead ocean, the study's co-lead author Daniel McCoy said.

He was echoed by co-author Daniel Grosvenor, who explained that "the dimethyl sulfide produced by the phytoplankton gets transported up into higher levels of the atmosphere and then gets chemically transformed and produces aerosols further downwind."

With the Southern Ocean remaining a unique environment for studying clouds, the authors of the study said that similar processes also take place in the Northern Hemisphere, even though they may have a smaller effect.

CSIRO
Scientists Spy Mysterious Underwater Volcanoes Off Sydney Coast
Given that plankton is known to supply half of the Earth's oxygen, scientists have repeatedly pointed to plankton's especially critical role in the global ecosystem.

This latest study confirmed those findings, emphasizing how plankton blooms calmed the sea, affecting the formation of overhead clouds and so intercepting global warming.

In contrast, some scientists claimed in a research that was released two years ago claimed that plankton may boost global warming through their acidic effect on the world's oceans.