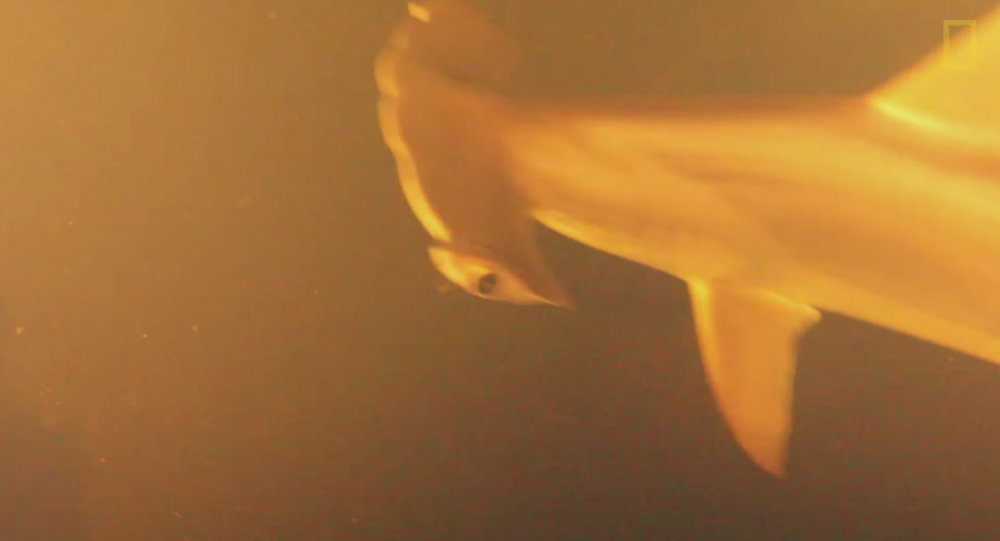 When scientists dropped an 80-pound camera into the ocean over an active caldera, they suspected they might find, at best, small marine life. The last thing they expected was a school of sharks swimming in scorching, acidic water.

Located south of the Solomon Islands in the Pacific Ocean, Kavachi volcano is a bit of an oddity. One of the largest submarine volcanoes in the world, Kavachi is still active. An eruption in 2003 even created a new island overnight, though the landmass quickly sank back to the depths.

Curious as to what, exactly, existed in the massive crater, Brennan Phillips and a team of scientists went on an expedition. Various kinds of exotic marine life have been discovered living in harsh conditions deep beneath the ocean. Like the giant tube worms that feed off hydrothermal vents several miles below the Pacific, the creatures evolve to highly unique living conditions.

"You never know what you’re going to find," Phillips said on the YouTube video. "Especially when you are working deep underwater. The deeper you go, the stranger it gets."

"No one has ever looked in the deep sea there," he added. "Period."

What the scientist’s found, however, was wholly unexpected. After filming a number of small snappers and jellyfish, the video recorded a number of hammerhead and silky sharks swimming through the 800 degree water inside the volcano.

"The idea of there being large animals like sharks hanging out and living inside the caldera of the volcano conflicts with what we know about Kavachi, which is that it erupts," Phillips said.

Kavachi is one of the most active submarine volcanoes in the world, begging the question: what happens to the sharks when it goes off?

“Do they leave?” Phillips asks. "Do they have some sign that it’s about to erupt? Do they blow up sky-high in little bits?"

Scientists have no idea, but it sounds like a great catalyst for "Sharknado 4."

Have You Ever High-Fived a Great White Shark?