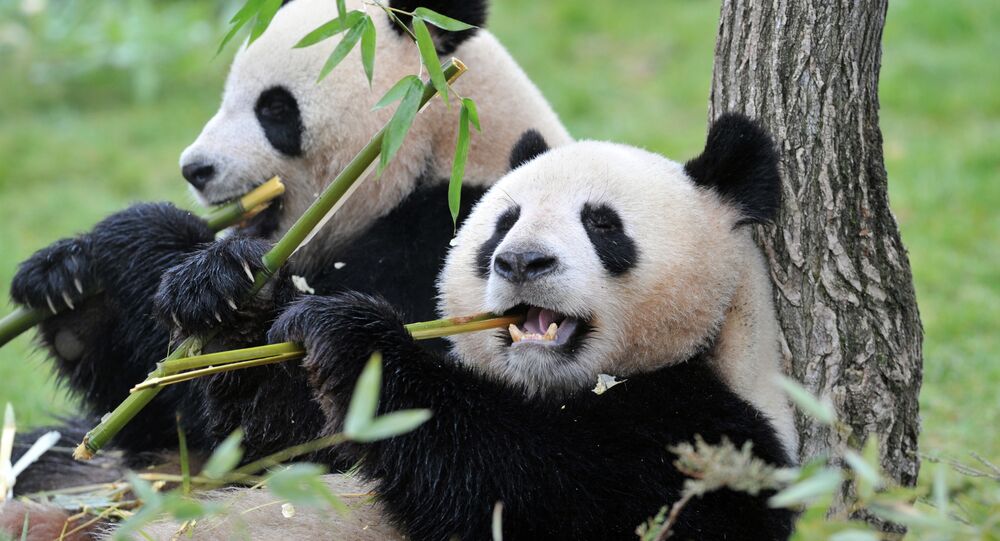 Scientists Discover Why Pandas Eat and Sleep So Much

Scientists in China tracked pandas and studied their digestive systems to find out why they move very little despite eating a lot of bamboo.

Scientists at China's Institute of Zoology found that giant pandas are able to survive on a diet of bamboo by only expending 38 percent of the energy typical for animals of their size.

According to their findings, published in the journal Science, giant pandas are only slightly more active than three-toed sloths, which use 36 percent of the energy typical for animals of their size. All this sitting around doesn't take much energy, giant pandas only expend around 1,100 calories per day.

"Unlike most other herbivorous species, however, their digestive tract has not evolved the long twists and turns that facilitate the slower digestion necessary for cellulose-rich plants," the release said.

© Photo : Youtube/RZSS Edinburgh Zoo
Giant Panda Playtime in Edinburg Zoo
Although pandas have to eat as much as 14 kilograms of bamboo per day, their digestive tract is not adapted to digesting the plant, forcing the pandas to spend less energy than similar-sized animals.

The scientists also found that the pandas studied in captivity moved only around a third of the time while pandas in the wild moved around half the time. The scientists also measured the average speed of pandas when they moved, found to be around 0.0269 kilometers per hour.