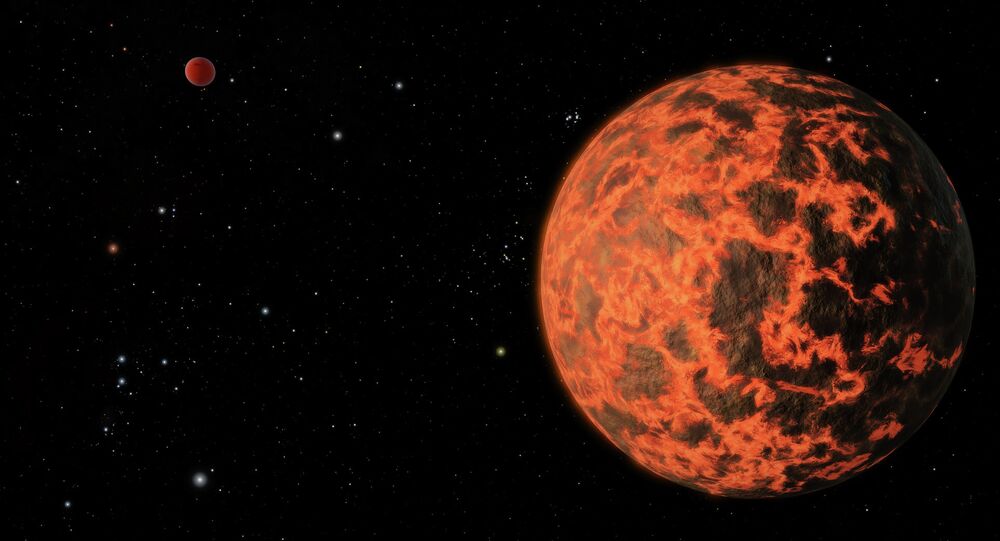 The discovery of a comet-like planet 33 light years away is the first of its kind by astronomers.

© Flickr / Hubble Heritage
Astronomers Discover 854 Dark Galaxies in Faraway Coma Cluster
An exoplanet the size of Neptune with a stream of gas akin to that of a comet has been detected 33 light years away from Earth, marking the first detection of such a phenomenon, announced scientists on Wednesday.
© Photo : Twitter / StationCDRKelly
ISS Astronaut Captures Rare Red Aurora Light Display From Space
The planet, named Gliese 436b, is about 23 times the mass of Earth, and is trailed by a giant comet-like cloud of hydrogen. It is considered a 'warm Neptune' because of its short distance from its star, Gliese 436; it's orbit is just two days and 15.5 hours.

The planet was discovered by researchers at the Observatory of the University of Geneva in Switzerland, using data from the Hubble Space Telescope. Their findings were published in the journal Nature on Wednesday.

"This cloud of hydrogen is very spectacular!" said lead author of the study David Ehrenreich, of the Observatory of the University of Geneva in Switzerland.

Mark Garlick / University of Warwick
This artist's impression shows exoplanet GJ 436b, which is surrounded by a massive gas cloud that streams behind the planet like a comet's tail for millions of miles
"Although the evaporation rate doesn't threaten the planet right now, we know that the star, a faint red dwarf, was more active in the past. This means that the planet's atmosphere evaporated faster during its first billion years of existence. Overall, we estimate that it may have lost up to 10 percent of its atmosphere."

The planet's gaseous tail is about 50 times the size of the parent star; the team suggest that the huge cloud of hydrogen around the planet owes its existence to the relatively cool temperature of the dwarf star Gliese 436, so the gas is not swept away by radiation.

A video impression of the orbit of planet GJ 436b.

The astronomers believe that such evaporation may also play a part in the history of our solar system since it is known that early Earth had an atmosphere rich in hydrogen, which later escaped.