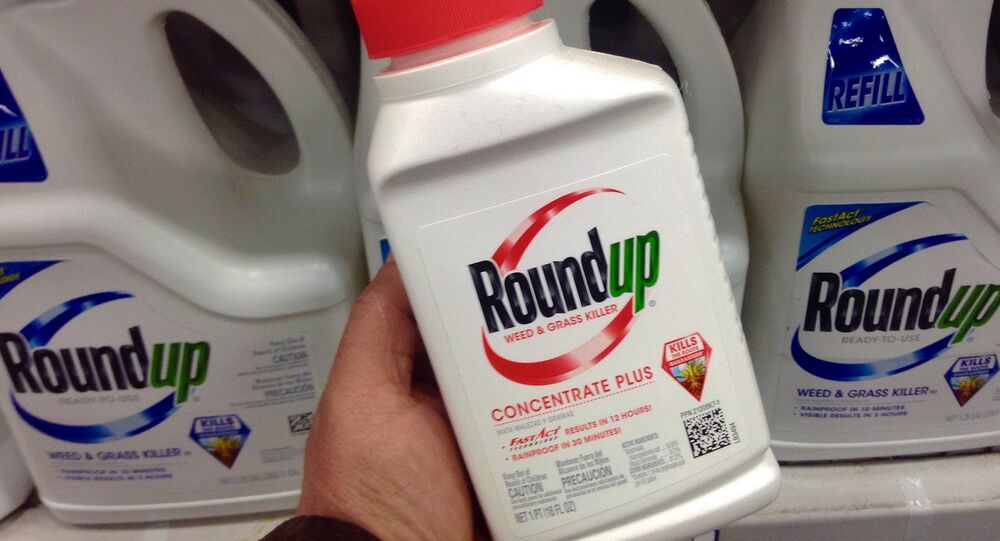 The French Ministry of Ecology declared a ban on the use of Monsanto's Roundup herbicide in the nation's nurseries and garden centers Sunday, citing the previous UN classification of the chemical glyphosate as "possibly carcinogenic."

"France must be on the offensive with regards to the banning of pesticides," Royal said on French television. "I have asked garden centres to stop putting Monsanto's Roundup on sale" in self-service aisles, she added.

The International Agency for Research on Cancer (IARC), the cancer research arm of the World Health organization, published a report in March which found that the herbicide glyphosate — the active chemical ingredient in Roundup — and two other insecticides, were "probably carcinogenic." The conclusion was based on "limited evidence" of cancer among humans.

Monsanto took to Twitter to remind their French followers that all Monsanto garden products have been labelled as authorised for use in gardens by the relevant French authorities, and that glyphosate is present in 180 herbicides whose use is safe and subject to strict controls.

Glyphosate was first introduced by Monsanto in the 1970s but has been produced generically for years and is now the world's best selling herbicide. It's also an essential part of the market for Monsanto's Roundup Ready soybeans — which are resistant to the herbicide — and which account for 90% of soybeans seeds sold globally.

And CLCV agreed that Monsanto's Roundup shouldn't be singled out among all the herbicides on the market using the same generically produced chemical.

In their response to the ban, CLCV declared, "We support a ban on the sale in self service aisles of all products that contain glyphosate: in garden centers, but also in supermarkets and in hardware stores. It's essential that amateur gardeners receive the same real information when they buy these herbicides and that they are informed about existing alternatives."

Monsanto contested the findings of the IARC and demanded a retraction of the classification.

"We question the quality of the assessment," Phillip Miller, Monsanto’s vice president of global regulatory affairs, said during an interview in March. "The WHO has something to explain."

Monsanto also criticized the lack of any new scientific information in the report that justified the classification.

"There is no new research or data here," the company's statement said. "Each of the studies considered by IARC have been previously reviewed and considered by regulatory agencies."

France has a history of protesting the biotech giant, which started out with agricultural chemicals and then moved on to dominate the world market for genetically modified seeds, particularly corn and soybeans.

For the May 23 Global March Against Monsanto, as anti-GMO protests were organized worldwide, demonstrators converged in four cities in France, including at the location of one of Monsanto's plants, Peyrehorade, on the southwestern tip of France.