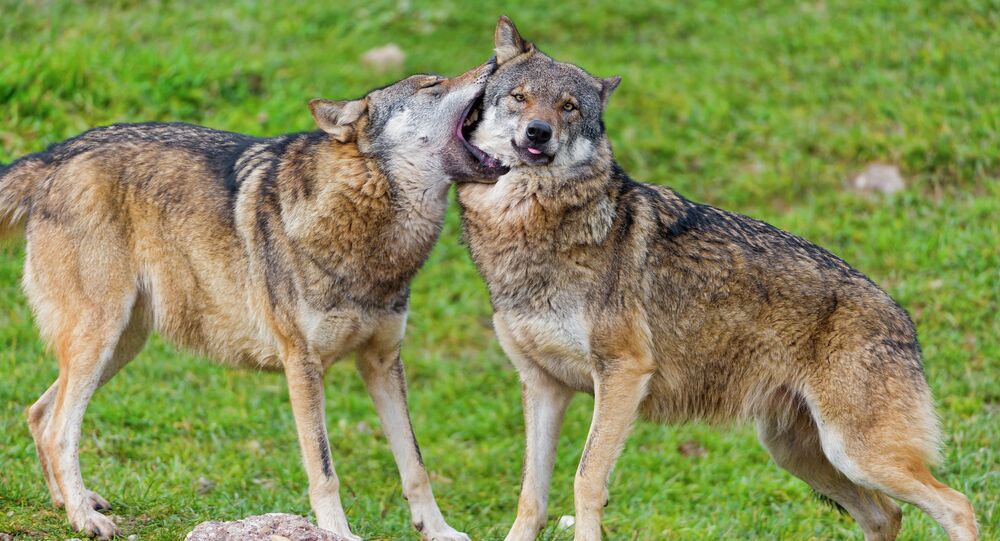 A study of the genome from a 35,000 year old Siberian wolf has revealed that the domestication of dogs happened much earlier than previously thought.

Screen shot
Cops Let K9 Dog Bite Man in Face in his Own Home
The relationship between dogs and humans may have begun as far back as 27-40,000 years ago, according to the results of a new study, using the remains of a 35,000 year old wolf from the Taimyr region of Siberia.
© Sputnik / Evgeny Epanchintsev
Devastating 245-Acre Wildfires Continue to Rage Across Siberia
According to previous estimates, dogs split from wolves around 11,000 to 16,000 years ago, when humans had started to make settlements and develop agriculture. The new study suggests that the animal first started to be domesticated much earlier, when humans were hunter-gatherers.

The researchers used a rib from a wolf which lived in the Taimyr Peninsula of northern Siberia to study the animal's genome, the first draft genome sequence from a carnivore of the Pleistocene era, the time period which spanned from 2.6 million to 11,700 years ago.

"This individual belonged to a population that diverged from the common ancestor of present-day wolves and dogs very close in time to the appearance of the domestic dog lineage," said the scientists reporting their findings in the Cell Press journal 'Current Biology' on May 21.

© REUTERS / Love Dalen
The lower jawbone of the Taimyr Wolf that lived approximately 27,000 to 40,000 years ago is seen in an undated handout picture courtesy of geneticist Love Dalen of the Swedish Museum of Natural History
The authors of the study, geneticists from the universities of Harvard and Stockholm, write that the mutation rate for the ancient wolf genome is "substantially slower than assumed by most previous studies, suggesting that the ancestors of dogs were separated from present-day wolves before the Last Glacial Maximum," which peaked around 21,500 years ago.

In addition to the new, earlier date of divergence from the common wolf ancestor, the study also found evidence that the ancestry of present-day dogs is derived from multiple regional wolf populations, with as much as 27 percent of the ancestry of Siberian huskies and other northern dog breeds tracing back to the ancient Siberian wolf population.