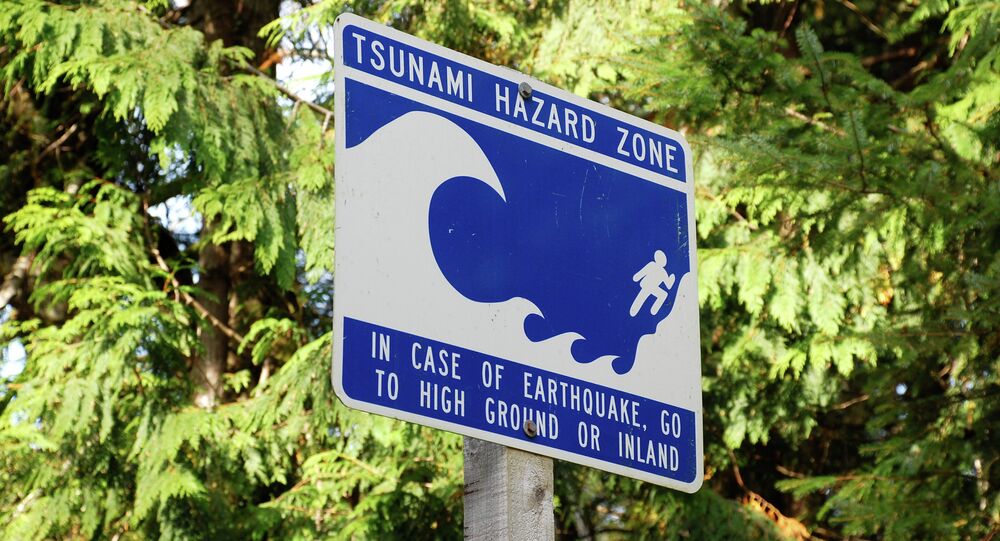 A tsunami hitting the US Pacific Northwest potentially puts 100,000 people living along the coast at risk, and 23% of coastal communities won't find high ground in time, according to a new study.

Researchers from the US Geological Survey, University of Colorado Boulder, and California State University Sacramento, assessed tsunami preparedness in 73 communities along the 700-mile stretch of coastline along Oregon, Washington, and Northern California.

Thousands of people could make it to safety simply by taking a walk to higher ground, though they'd have to make sure to move quickly.

"We've identified several towns where moving faster can mean the difference between life and death," said, Nathan Wood, a geographer with the US Geological Survey and lead author of the study.

Of the estimated 21,562 residents that would not be able to escape a tsunami at a pace of 2.5 miles an hour, 67% are located in Washington State, 29% are in Oregon, and 4% are in Northern California. Picking up the pace to 3.5 miles per hour, however, brings the total population at risk down to 15,970, however.

Researchers found that 77% of communities would probably have enough time — 15-25 minutes — to walk to high ground in the case of a tsunami warning. Measuring the time needed to move on foot is important since, in the event of an earthquake, travel by car may be virtually impossible depending on the state of the roads.

For other areas — principally in southwest Washington state — that are far from any high ground, the study recommended escape towers or other protective structures be built.

"All coastal communities in the US Pacific Northwest are vulnerable to varying degrees to tsunami hazards from a Cascadia subduction zone earthquake," said Wood. "Having a better sense of how a community is specifically vulnerable provides officials with the ability to develop outreach, preparedness, and evacuation plans that are tailored to local conditions and needs."

There are 49 cities, seven tribal reservations and 17 counties along the northwest coast that are "directly threatened by tsunami waves" that could result from an earthquake in what is known as the Cascadia subduction zone, an offshore fault formed by the Juan de Fuca and North American plates.

An improved understanding of the geological history of the area in recent years has led to concern; records show that the area has been hit by 41 earthquakes of magnitude 8.2 or greater in the past 10,000 years.

There is a 37% chance of a big earthquake — on the order of the 2011 Japanese or 2014 Chile quakes — within the next 50 years, according to one estimate by Oregon State marine geologist Chris Goldfinger.

"Psychologically Unprepared" for the Big One

The last big quake in the area was in 1700 — before there were any Western settlements there. The lack of a historical memory of the event means there's a cultural disconnect in the region between the reality of the threat and mobilization to take action and prepare for it.

"We are just wrapping our heads around this hazard," Patrick Corcoran, a coastal natural hazards specialist at Oregon State University told CBS News. "We are psychologically unprepared. It would be like if New Orleans never had a hurricane before Katrina. It is understandable that we are not dealing with this but we need to deal with it because it is going to happen."

Tsunamis such as the 2004 Indian Ocean Tsunami, and the one in Japan in 2011, have served as something of a wake up call to the region. In Washington State for example, 16 communities are now "tsunami ready", compared to 1 before 2004, according to the Washington Emergency Management Division.

"We have made great strides in terms of identifying tsunami hazard zones, creating evacuation routes, demarcating the routes with signage, and providing opportunities to practice tsunami evacuations. I'm hopeful that this new study will encourage coastal residents to further examine their tsunami evacuation routes, practice them, and see how long it takes," John D. Schelling of the Washington Emergency Management Division told CBS News.

"Maybe the emphasis on moving faster as documented within this new report will help motivate people within coastal areas to practice their routes and become better prepared."

Idaho's Destructive Earthquake Saturday Has Some Looking at Fracking

Japan Stamps Out Coins in Memory of 2011 Tsunami Victims