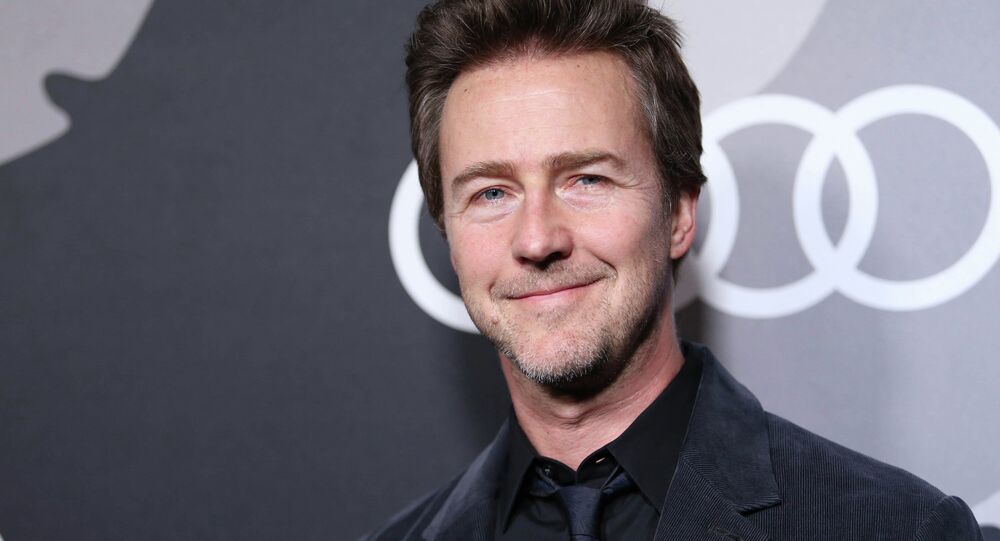 The Oscar nominated actor has raised his voice in the fracking debate and recorded a radio ad advocating a moratorium on fracking in his home state of Maryland.

The radio spot, paid for by the consumer rights group Food & Water Watch, advocates banning the practice known as hydraulic fracturing or fracking, which involves shattering underground rock formations with a high pressure mixture of water and chemicals in order to extract oil and gas.

"There's strong evidence that fracking can poison our water and air," Norton, who was raised in Columbia, Maryland, says in the ad. "It risks both our health and our tourism economy."

Norton also calls out Republican Governor Larry Hogan, who has so far not taken a position on the moratorium, but has said he would support fracking — which he has called "an economic gold mine" — if it was found to be safe.

"Other states have banned fracking, but Governor Hogan is indicating he may ignore the risks. Don’t let him," Norton said.

The most recent version of the bill containing a two-year ban on fracking, passed the Maryland State Senate on Monday with a vote of 45-2. A previous House version of the legislation was stricter — with a three-year ban and the requirement of a study into the health and economic impacts of the practice.

Opponents of fracking say the practice has been shown to contaminate water and air and may contribute to the incidence of earthquakes. Supporters credit the practice with an increase in the US energy supply (and subsequent drop in oil prices) and maintain it is safe.

Environmentalists expressed concern that a moratorium without a mandated study would ultimately serve the interests of the state and its residents.

"We are unconvinced that a regulatory approach can protect Maryland, and we are also disappointed the panel to review the available public health studies on fracking was removed from the original bill," Ann Bristow, a spokeswoman for the Don't Frack Maryland campaign, told the Baltimore Sun.

In late 2014, Maryland's then-Democratic Governor Martin O'Malley said he would clear the way to approve fracking in the Western part of the state — but only under some of the strictest regulations in the country, setting up a challenge for his Republican successor.

"We're committed to ensuring that Marylanders have access to the economic opportunities associated with fracking," O'Malley said in November, "while also putting the most complete practices into place to ensure the highest level of protection for Maryland residents."

The Western tip of Maryland contains part of the massive gas-rich Marcellus shale formation, most of which lies within Pennsylvania, West Virginia, and New York State.