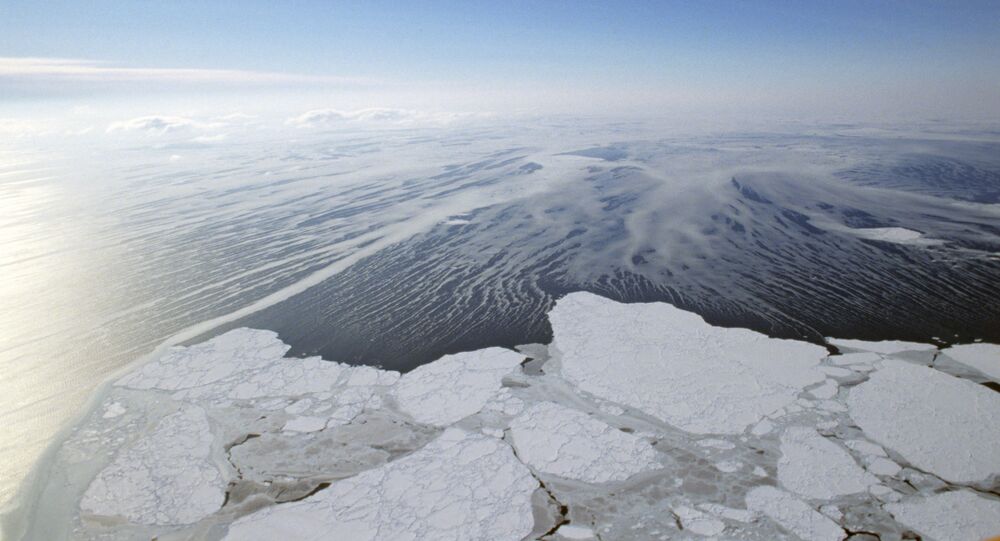 The World Wide Fund for Nature (WWF) urged to hold transportation operation of the vessel drifting barge, for the removal of the vessel currently trapped in ice in the Chukchi Sea, over the potential for fuel leakage.

© Flickr / WWF-Canon Global Photo Network
Russia Needs Moratorium on Arctic Drilling Due to Low Oil Prices: WWF
MOSCOW (Sputnik) — Russian and US offices of the World Wide Fund for Nature (WWF) sent a joint appeal to Canadian Northern Transportation Company (NTCL), the owner of a drifting barge, for the removal of the vessel currently trapped in ice in the Chukchi Sea, over the potential for fuel leakage, a WWF Russia spokesman said Tuesday.

According to the fund, the barge poses a threat to the fragile ecology of the Arctic.

© AFP 2021 / Jorge Guerrero
Over 260 Spanish Cities Take Part in WWF’s Global Earth Hour Action
"The need for transportation operation of the vessel … becomes apparent as the summer season is approaching. Though the barge is icebound now, when the ice melts, the ship might be thrown on the Russian coast," WWF Russia's extractive industry environmental policy officer Alexey Knizhnikov stated.

The WWF staff told the ship owner that the Russian side is preparing a rescue operation and offered to discuss details, Knizhnikov added.

WWF Russia has also sent a letter to Canadian Ambassador to Russia John R. Kur, asking for assistance in the organization of talks on the rescue operation.