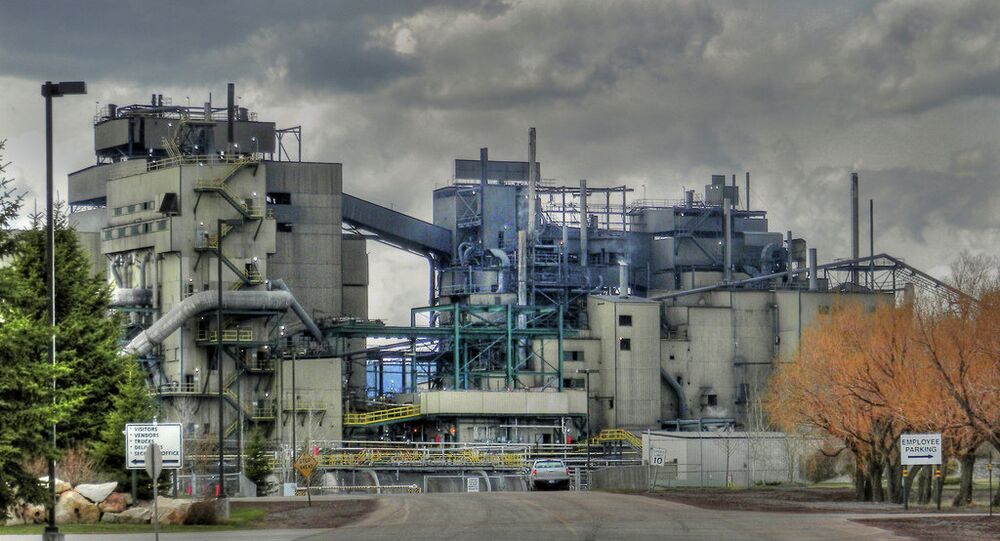 Biotech giant Monsanto will pay $600,000 in fines in an agreement to settle a lawsuit over the release of toxic chemicals at its Soda Springs, Idaho phosphate plant, the Associated Press reported.

The US Environmental Protection Agency and the US Department of Justice announced the settlement, and Monsanto released a statement maintaining that the releases didn't violated federal standards and that they had led to no known health problems in the area.

Between 2006 and 2009 the plant —  operated by wholly owned Monsanto subsidiary P4 Production LLC — released hydrogen cyanide, sulfur dioxide, nitrogen oxides and mercury, according to federal officials. By law, the emission of these chemicals must be reported. In May 2011 the EPA sent the company a violation notice.

"Each of these chemicals are hazardous and can pose serious health risks to workers and the community if mishandled or released in an uncontrolled manner," federal officials said in a statement.

The plant refines phosphate mined in the state for products like the company's ubiquitous Roundup herbicide.

"The protection of our employees, public health and the environment is always our No. 1 priority," said P4's vice president of operations, Roger Gibson. "As a long-time neighbor within the Soda Springs community, we care deeply about public health and the quality of our air, land and water, and we are committed to complying fully and transparently with all applicable laws and regulations."

There is a long history of mining pollution in the region of southeastern Idaho. There are several federal Superfund cleanup sites in the area.

Of most concern in phosphate mining, but not mentioned in this particular suit is the release of selenium, and Monsanto has in the past been identified as a culprit in selenium pollution in the area, which started garner attention in the mid-1990s with large die-offs of livestock, particularly sheep.

YOUTUBE/David Pakman Show
Lobbyist Claims Monsanto’s Roundup Safe to Drink, But Won’t Put His Poison Where His Mouth Is

In 2009 for example, Monsanto's South Rasmussen Mine near the Idaho-Wyoming border was found by the EPA to have been sending selenium into local waterways almost since it's opening in 2002, according to the Associated Press.

A 2014 government study of the Blackfoot River Watershed, which receives runoff from 12 phosphate mines classified as Superfund sites, found that  the selenium responsible for over 700 livestock deaths was likely moving through groundwater, contaminating plants.

“The plants get it — the roots pick up moisture from the soil,” Chris Mebane, a water quality specialist with the USGS and one of the 2014 study's authors told the Idaho State Journal. And though a recent study found that Superfund cleanup in the area was working, the timeline for complete remediation is very slow, usually completed over generations.

“It could be decades or even centuries.”