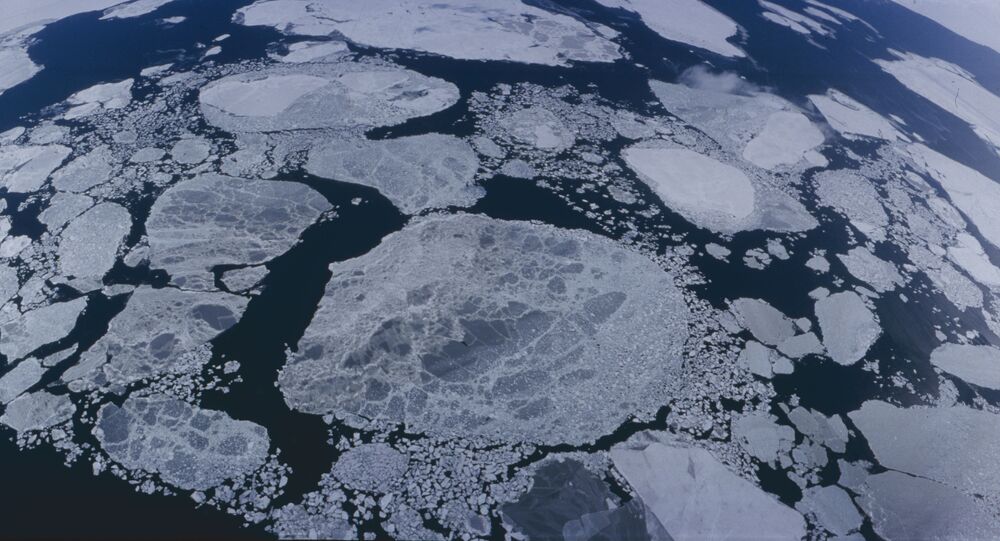 Recordings of the maximum extent of Arctic Sea ice, taken before Spring every year, show that the region's ice sheet has retreated to its lowest level on record.

© Flickr / NASA Goddard Space Flight Center
US Navy Deploys Drones Under Arctic Ice, Competes With Russia for Waterways
The ice of the Arctic Sea, which usually reaches its maximum extent in March before entering the sea ice melt season, has reached its maximum range early this year, and spanned the least amount of ice since records began in 1979.

According to the US National Snow and Ice Data Center [NSID], which carries out the investigation, on February 25, 2015 Arctic sea ice likely reached its maximum extent for the year, at 14.54 million square kilometers. Although an increase is possible over the next two or three weeks, say the researchers, sufficient growth to surpass the level seen on February 25 is unlikely.

In making the prognosis, the NSID looks for a downward trend in the ice's extent, while calculating the daily ice extent as an average of the previous five days. The date of the maximum extent can vary considerably, and occurred on February 24 in 1996, and April 2 in 2010. The average between 1981 and 2010 was March 12; this year's occurrence arrived 15 days earlier.

At the beginning of April, scientists at the NSID will release a full analysis of winter conditions, before turning to measuring the summertime minimum extent, which is less dependent on weather conditions and allows researchers to calculate the permanent ice cover of the Arctic. "With the summertime minimum, when the extent decreases, it’s because we’re losing the thick ice component, and that is a better indicator of warming temperatures," said Walt Meier, a sea ice scientist at NASA, adding that a cool summer could slow the melt rate, and conversely a warm winter could speed it up.

Like a Boss: How to Pull a Jeep From Under Baikal Ice the Russian Way