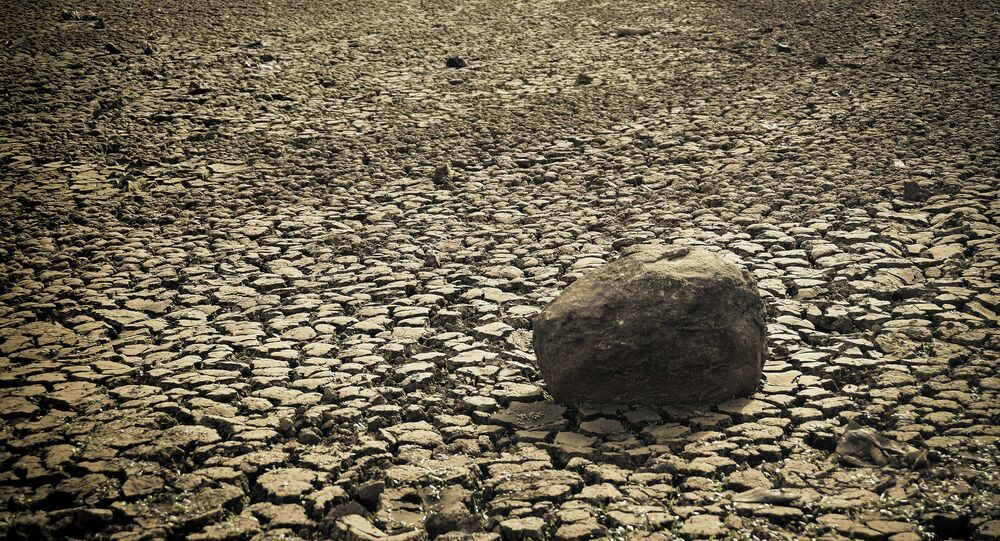 Farmers in California’s Central Valley, where much of the US’ food supply is born, have taken a huge hit because of the state’s ongoing record drought. And so, instead of planting crops this year, many have opted to sell their water rights to thirsty SoCal instead.

Sacramento Valley’s rice farming industry, which supplies 97% of California’s rice and 20% of the supply for the whole country, has been hit hard by the lack of rain. Really hard. As farmers struggle to cultivate the crop in such unfavorable conditions, some have decided to let the land remain dry and sell their water instead.

"We're going to make a lot more selling the water than planting the rice,"  farmer Lance Tennis told NBC News on Tuesday. "This is a huge deal."

Matthews, and many other farmers, are going to sell 20% of their water allotment to the Los Angeles Metropolitan Water District, which provides drinking water to nearly 19 million Southern California residents whose supply is rapidly dwindling.

The MWD offered to buy water from the Sacramento Valley for $700 per acre foot, $200 more than they offered last year.

"That's where the water is available," Bob Muir, spokesman for the MWD told NBC News.

"Believe me, every drop of water counts in this year or any drought year," said Muir. He believes the MWD has never paid a higher price in a sale like this one.

“It’s much more than we ever expected to get. But at the same time, that just shows the desperation of the people that need it,” Matthews said.

And the situation is just as dire as Muir believes. Just last week NASA said that that California only has about a year’s worth of water left in reserve. New restrictions on water usage, such as restaurants only giving water to patrons who ask for it, show how grim the situation looks for Californians.

What’s worse the potential ripple effect water sales like this could have on the entire state. Districts will compete with one another to get more water, KPIX 5 reported, driving prices up and making H2O the true cash crop for California right now.

“They have to pay whatever the last price, the highest price, people will pay,” Mathews said.