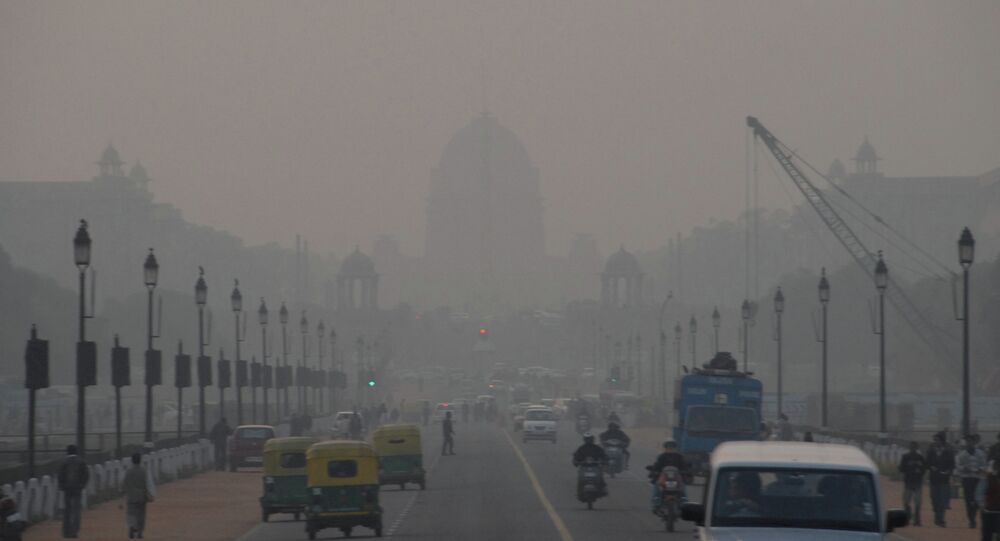 Air quality in New Delhi is a major cause of concern of European diplomats living in the city.

© Flickr / Peter Dowley
Top Managers Reportedly Afraid of Working in China due to Air Pollution
NEW DELHI (Sputnik) — European diplomats living in New Delhi told Sputnik on Friday that they are worried about their health due to the high levels of air pollution in the city.

Earlier this week, the Ambassador and Head of Delegation of the European Union to India Joao Cravinho cautioned his staff about the dropping level of air quality and directed diplomats to install air purifiers in their offices and residences.

"Definitely the air quality in Delhi is a major cause of concern for us. We are already feeling the impact of the poor air quality of Delhi," senior diplomat with the German embassy, Uwe Kehm, told Sputnik.

Jiri Janicek, the commercial councilor of the Czech embassy in New Delhi, expressed his deep concern over the "bad quality" of air in the city that meant extremely low visibility at night.

UK Councilor Kevin Maton from Coventry City Council, who is currently visiting India, told Sputnik he was scared about the air quality in New Delhi and had to carry a small air purifier with him.

The Japanese Embassy in New Delhi has no plans to shorten the tenure of its diplomats in the city despite high levels of air pollution, the director of the embassy's Information Center told Sputnik on Friday.

"The Japanese Embassy in New Delhi is not considering shortening diplomats' tenure because of the air pollution," Mayu Hagiwara said.

In 2014, New Delhi was ranked by the World Health Organization (WHO) the worst city in the world in terms of air pollution.