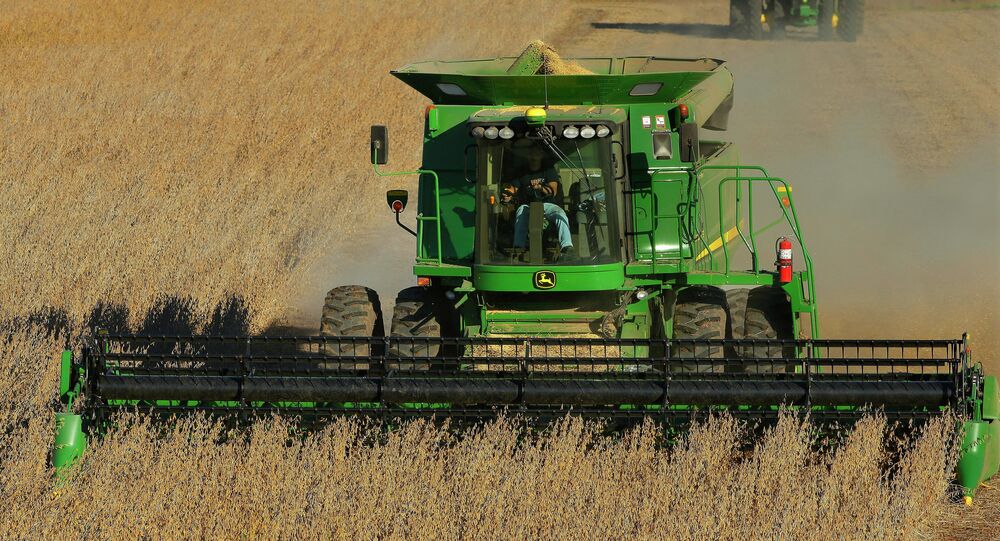 With grain prices falling - and farm profits along with them - some farmers are moving away from genetically modified crops to more lucrative conventionally grown ones.

The price of corn has dropped 50% over the last two years, and soybeans, 35%. Meanwhile, non-GMO crops command a higher price than on the market, making them a good option for picking up some of that lost profit.

“We’re seeing more interest in producing for the [non-GMO] markets than we ever have,” Lynn Clarkson, president of Clarkson Grain Co., told the Wall Street Journal. “The drop in [crop] prices has put many farmers in a break-even or loss situation for the 2014 crop.”

Back when soybeans went for $13 a bushel, getting $2 more for non-GMO crops had a certain pull, but that pull becomes greater when the base price drops to $9 a bushel. And seed producers have also found ways close the gap in yield between non-GMO crops and their modified counterparts, further limiting the appeal of GMOs, Iowa Farmer Today reports.

Non-GMO seed is also generally cheaper, though some of those savings may be offset if farmers have to use more types of pesticides. However, some weeds have already evolved to resist pesticides like Monsanto’s Roundup, reducing the advantage of soybeans genetically modified to withstand them.

“The insect and herbicide traits are losing effectiveness with increased resistant rootworm and weed species,” a corn breeder who didn’t want to give his name, told GMO Report. “Growers are tired of paying for input costs that are reduced in efficacy and funding additional forms of crop protection.”

Money is Still the Motivator

Though farmers aren’t changing because they’ve suddenly become convinced of anti-GMO activists’ message, consumer pressure is an important factor in creating the economic incentive they are responding to. Growing consumer preference for non-GMO foods meant the retail market for GMO free foods rose 15% to $9.6 billion in 2014.

And consumer preference was clearly one of the reasons that chocolate giant Hershey recently announced that it would drop GMO sugar as part of it’s move towards “simpler ingredients.”

“[W]e listen closely to our consumers and are always working to make our brands relevant to evolving expectations and lifestyles,” Hershey’s website says of the “simpler ingredients” shift, adding that there’s no plans to raise prices at the moment.

Food producers may also be switching in anticipation of laws requiring the labelling of genetically modified ingredients, like the one that will go into effect in Vermont in 2016. Bills introduced in several US states could, if enough are passed, create an incentive for producers to simply go non-GMO across the board to avoid consumer backlash.

Breakfast cereal giants General Mills and Post have both waded into this market, announcing GMO-free Cheerios and Grape Nuts within days of each other in 2014.

The use of GMO’s is pervasive in crops like soybeans and corn, however,  rising swiftly over the last couple of decades to dominate some crops.

As of 2014 94% of soybean fields were planted with GMO seeds, and for corn it was 93%, according to the US Department of Agriculture.