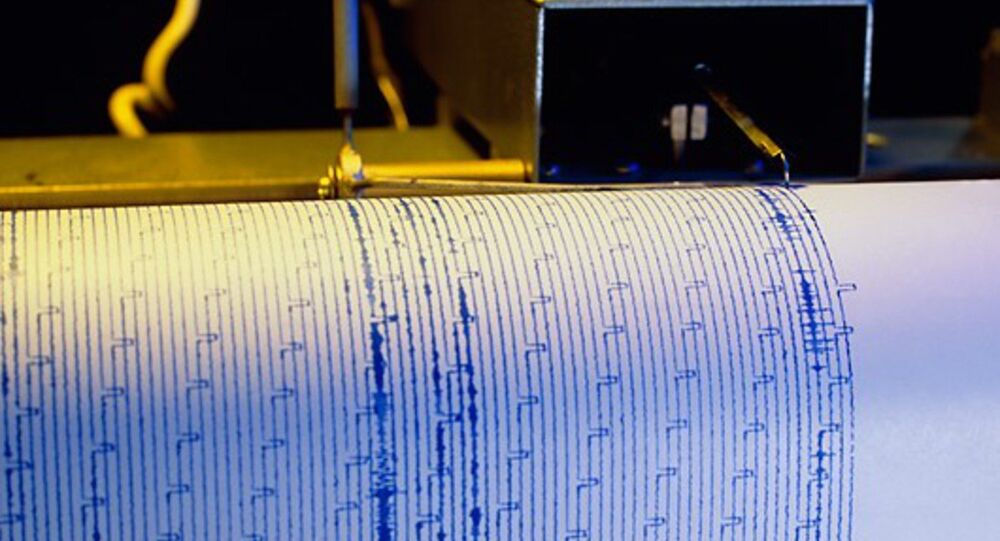 According to a US Geological Survey research, the increasing rate of earthquakes in North America is caused by fluid-injection activities used in modern energy production.

© AP Photo / Rich Pedroncelli
CA Reviewing Oil Wells as EPA Cracks Down on “Mismanaged” Program
WASHINGTON (Sputnik) — Oil and gas production that utilizes fluid injections and carbon dioxide below the surface has led to increases in seismic activity and earthquakes in North America, according to a US Geological Survey (USGS) study.

“To a large extent, the increasing rate of earthquakes in the mid-continent [North America] is due to fluid-injection activities used in modern energy production,” the USGS study, published on Friday, said.

Large areas of the United States long considered geologically stable with little or no detected seismicity have recently become seismically active, which is “not the result of natural processes,” the USGS explained.

© Fotolia / marrakeshh
Falling Energy Prices ‘Good for US Economy’: White House
Most of the human-induced earthquakes were caused by injections of wastewater and carbon dioxide into deep formations below the surface as part of the oil and gas production process, according to the study.

Although only a small fraction of wells have been associated with induced earthquakes large enough to be felt, the number of disposal wells contributes significantly to the total seismic hazard in the mid-continent, the study said.

Developing a hazard model for earthquakes induced by industrial activities, the study added, is critical to determining effective ways to mitigate their damaging effects. USGS said it was important that all information be publicly accessible to provide timely guidance to reduce hazard and potential consequences in the future.

The USGS is a science organization founded in 1879 that provides reliable scientific information to minimize loss of life and property from natural disasters and manage water, biological, energy, and mineral resources, according to the group’s website.

Global Oil Prices Up on US Stockpiles Data

Gazprom Will Still Have Development Options at $30 Oil Price