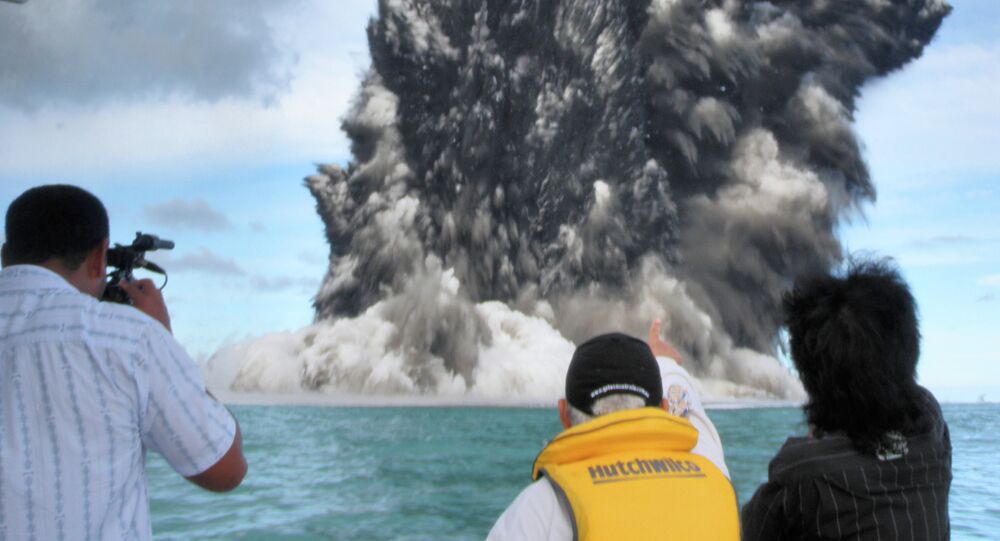 Scientists have released a new study, which focuses on the potential impact of underwater volcanoes on the global warming process.

© Fotobank.ru/Getty Images / Daniel Munoz
Australian Labor Party Slams Abbott for Neglecting Issue of Climate Change
Volcanic eruptions under the sea floor may well have an impact on climate change, according to a new study published in the Geophysical Research Letters journal.

"People have ignored seafloor volcanoes on the idea that their influence is small, but that’s because they are assumed to be in a steady state, which they’re not,” Maya Tolstoy, a geophysicist from the Columbia University's Lamont-Doherty Earth Observatory and the author of the study, said.

Earlier, scientists suggested that seafloor volcanoes ooze lava at relatively steady rates, but the new study found that these volcanoes erupt in pulses and that that these eruptions follow regular cycles that can range from as short as two weeks to as long as 100,000 years.

According to the new survey, almost all undersea eruptions recorded in the past twenty five years occur in the first six months of the year, when the Earth draws away from the sun.

Tolstoy noted that scientists had typically ignored the impact of underwater eruptions on predicting the ocean and atmospheric conditions in the future.

"Seafloor spreading is considered a small but steady contributor of CO2 to climate cycles on the 100 kyr time scale, however this assumes a consistent short-term eruption rate. Pulsing of seafloor volcanic activity may feed back into climate cycles, possibly contributing to glacial/inter-glacial cycles, the abrupt end of ice ages, and dominance of the 100 kyr cycle," Tolstoy said.

The implication of the study is that as the sea levels rise because of climate change, they could initiate undersea volcanic activity, which could in turn eventually affect the climate in the future.

Edward Baker, a senior ocean scientist at the National Oceanic and Atmospheric Administration, commented that "the most interesting takeaway from this paper is that it provides further evidence that the solid Earth, and the air and water all operate as a single system."