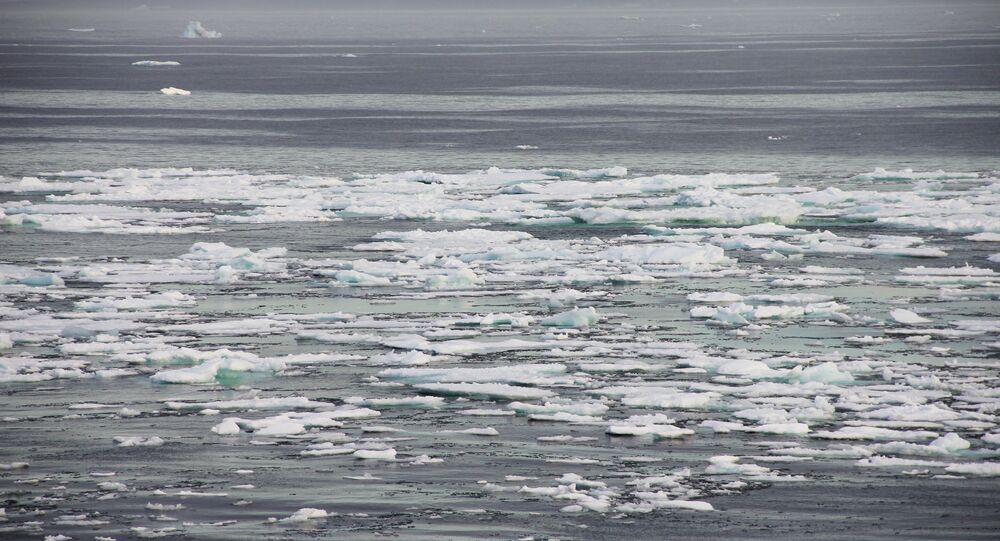 Data from 2007-2014 shows that Arctic ice zones have been shrinking in summertime, suggesting the area could be ice-free in summer in the future, the US Navy said.

"The opening of the Arctic Ocean has important national security implications as well as significant impacts on the US Navy's required future capabilities," Adm. Jonathan Greenert, Chief of Naval Operations, said in a statement on Thursday.

Data from 2007-2014 shows that Arctic ice zones have been shrinking in summertime, suggesting the area could be ice-free in summer in the future, the US Navy said.

Martin Jeffries, program officer for the US Office of Naval Research Arctic program, said in a statement that US Navy underwater robots had been investigating ice conditions and measuring the retreating Arctic ice zones for years.

Adm. Greenert added that the United States had a "history" of maritime security and defense concerns in the Arctic.

The United States, Russia, Canada, Denmark and China all have economic interests and all except China have staked territorial claims in the region.

Last year, Russian President Vladimir Putin announced plans to step up Moscow's presence in the Arctic and challenge other nations in exploring the world's largest untapped natural reserves, days after it started shipping its first oil from the region.

Denmark, Canada and Russia all say an underwater mountain range, known as the Lomonosov Ridge, which stretches 1,118 miles across the pole under the Arctic Sea, is part of their own landmass. China has expressedan interest Arctic shipping routes.