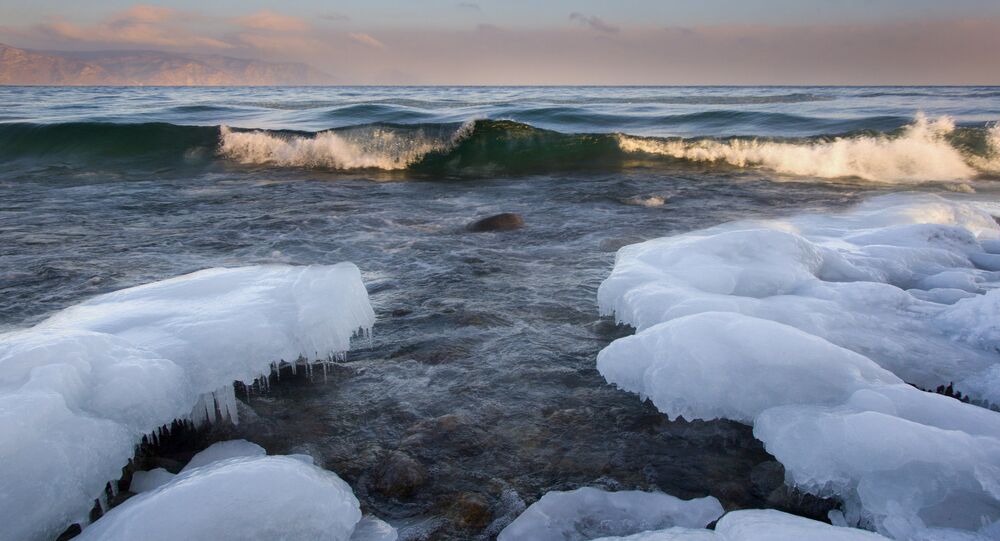 Environmental experts told Sputnik that the current low water levels on Lake Baikal could mean difficulties for local communities as well as major cities, while a lack of clear regulation complicates the debate.

© Sputnik / Iliya Pitalev
Water in Lake Baikal Drops to Dangerously Low Levels Due to Droughts
MOSCOW, January 24 (Sputnik) — The recent fall of the water level on Lake Baikal has unknown consequences, but could lead to water shortages for some local communities, environmental experts told Sputnik.

Last year, due to an erroneously high precipitation forecast, hydroelectric dams were allowed to increase the release of water, generating more energy. However, this led to a drastic reduction of the water level as the year proved to be dry. A state of emergency has been declared for the region after the water level fell to 456.09 meters above sea level.

"They thought that there would be a flood, so more water needed to be released. However, it is an issue for the Federal Water Resources Agency. It is nearly impossible to accurately predict precipitation for the year, which led to the present situation," Irina Maksimova, a senior scientist at the Baikal Council of the Russian Academy of Sciences, told Sputnik.

"Generally, the water level reaches the minimum mark in April, but this year it reached the mark in December," Sergei Shapkhaev, head of the Buryat Regional Organization for Lake Baikal, told Sputnik. According to him, the current situation can lead to serious consequences of the lake's biodiversity.

"Some academics believe that nothing will happen, others believe that a catastrophe will occur," she told Sputnik, saying that a scientific inquiry needs to take place. "Before the Baikal's water level was fixed at the current value, it lowered as much as 40 cm and everything was fine."

However, the lowering of the water level could lead to serious socio-economic consequences for residents around the lake, according to Shapkhaev.

"Small villages along the lake have seen the water levels in their wells drop, which has created additional difficulties, as there is a higher risk of infectious diseases due to poor quality water. It can also lead to difficulties in the city of Angarsk, where water pumps could become bared, and there could be difficulties supplying water and heating to the city."

Because only 11% of communities near Lake Baikal are provided with a centralized water supply, which does not depend on the water level of the Baikal, the issue is a serious concern, Shapkhaev believes.

Shapkhaev also stated that the reduction of the water level could lead to difficulties for local communities. Some of those that revolve around fishing have been having difficulties where shallow gulfs where fish were previously abundant have become even shallower.

The issue of enacting regulation to resolve the conflict between environmentalists and electricity generators is being developed. According to Irina Maksimova, it is important to note that the current minimum and maximum values of 456 and 457 meters are completely arbitrary, as for 15 percent of the year it is normal for water levels to go outside those ranges.

Both experts agree on the need for new regulations.

"We need to develop regulations for extreme situations like this, to avoid situations like this. There is nothing unusual in the water level change, and once every 20 years there could be levels outside the accepted range, right now changes are only done in cases of emergency," Shapkhaev said. "The fact that the [UNESCO] World Heritage Commission gave recommendations on the situations only confirms the urgency of the situation, because currently the electricity generation industry has priority."

"We have gotten to the point where people try to prove the opposing view to each other, and as a result, officials don't know what to do," Maksimova said, "These rules have to exist as we need to plan runoff volumes during the year, for all the dams on the Angara River. We also have to plan for sufficient electricity production, so that water pumps don't go dry and people were able to get water, to provide for commercial river traffic. And there are even more environmental factors, such as floodplains, nesting spaces for fish and so on."

So far there is no set date on the discussion on new regulation, although the energy company JSC IrkutskEnergo, which operates the dams, agrees that there is a need for it, according to the news website IrkutskMedia.

Baikal Paper Mill to Shut Down by November – Reports