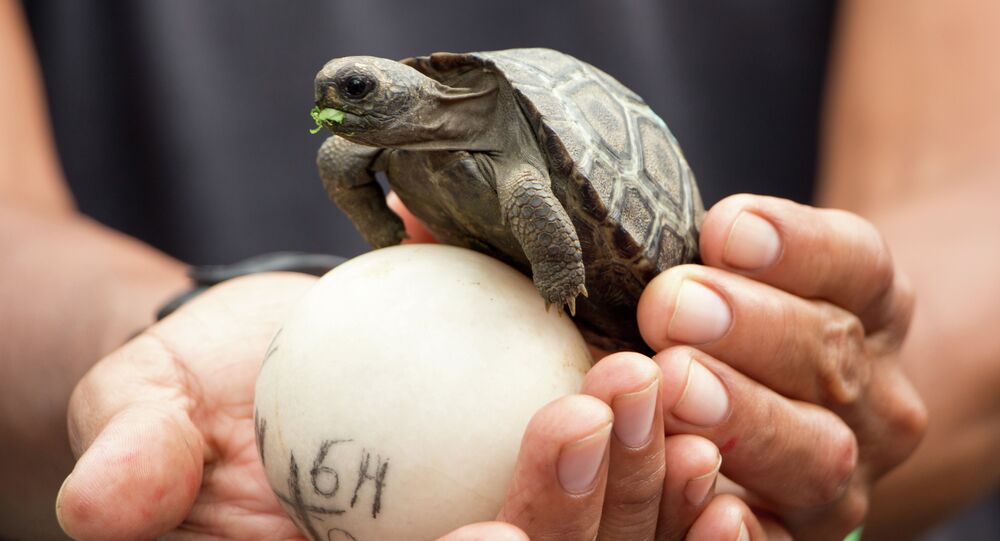 The species has been listed as endangered and protected by the Ecuadorian government since 1970.

MOSCOW, January 20 (Sputnik) — For the first time in 150 years, conservationists on Galapagos Islands have discovered hatchlings of giant tortoises, an endangered species protected by the Ecuadorian government, according to a report published in the “Nature” Journal.

The publication stated that scientists had found 10 baby tortoises on the Galapagos Island of Pinzón. However, researches assume that the number of the hatchlings could be much higher.

“I suspect there were 100 to 300,” said Dr. James Gibbs, from the State University of New York’s College of Environmental Science and Forestry.

© Sputnik / Aleksandr Kryazhev
Ecologists Strive to Restore Red Deer Population in Russia’s Bashkortostan
The discovery is a great achievement for conservationists, as they have been struggling for the species’ preservation for several decades.

The population of giant tortoises has been endangered for almost a century and a half as rapacious black rats plundered nearly all of their eggs. Until 2012, when conservationists made an attempt to get rid of the importunate animals and a helicopter covered the region with poisoned rat bait, tortoises were on the brink of extinction. In 2015, however, all the rats seem to have been wiped out from the area.

The tortoises of Galapagos are among the most famous and unique species of the archipelago.  They have been protected by the Ecuadorian government since 1970, according to the National Geographic.