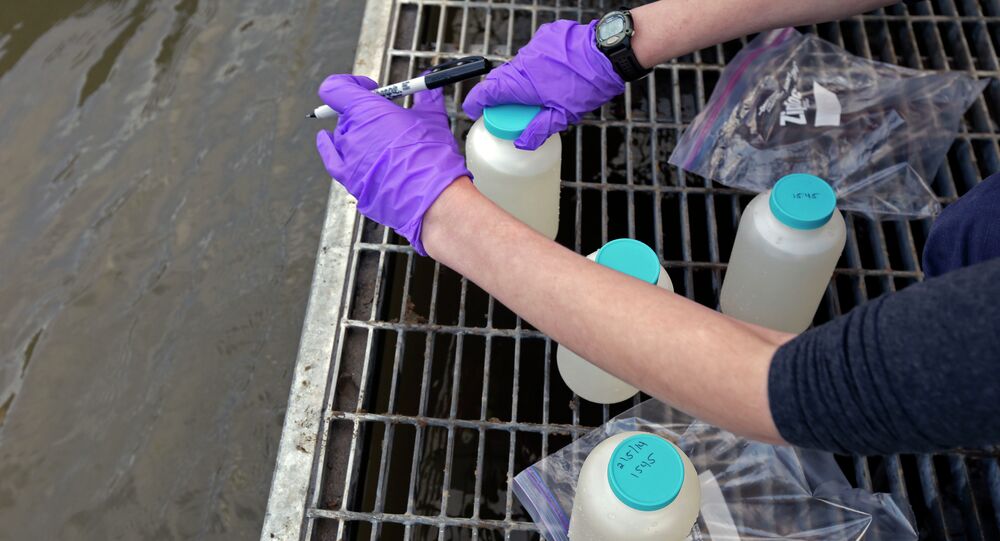 The US Environmental Protection Agency (EPA) fined XTO Energy, a subsidiary of ExxonMobil, $2.3 million for water pollution in West Virginia, as a result of hydraulic fracking.

MOSCOW, December 24 (Sputnik) — XTO Energy, who owns the largest reserves of natural gas reserves in the US, was charged with violating the US Clean Water Act. The law forbids the filling or damming of wetlands, rivers, streams, and other sources of water prior to receiving a permit from the US Army Corps of Engineers.

"American communities expect EPA and our state partners to make sure energy development is done responsibly," Cynthia Giles, the EPA's assistant administrator for enforcement, said in a statement, published on Monday on the US Department of Justice.

The EPA spokesperson expressed hope that this incident will serve as an example and help assist in the protection of clean water in the United States by creating a level pitch by having energy developers abide by established rules and regulations.

On top of the penalty, XTO Energy will be forced to pay an additional $3 million in restoration costs.

This case is not the first time the EPA has held natural gas drillers accountable for pollution. In December 2013, it fined Chesapeake Energy Corporation for a breach of the same law. The company was due to pay estimated $6.5 million.

Seeking to end fracking, the New York Department of Environmental Conservation (DEC) Commissioner Joe Martens said he was going to issue a legally binding prohibition against fracking in the next few days. "The risks substantially outweigh any potential economic benefits," Martens said, as cited by the DEC press release, issued on December 17, 2014.

However, another American state, Maryland, decided to continue fracking in the Marcellus Shale, located in the western part of the state, according to The Washington Post. Maryland's current Governor, Martin O'Malley, announced the decision in November 2014, citing a report by the state's Departments of Environment and Natural Resources, dated November 25. The final report outlined that "the risks of Marcellus Shale development can be managed to an acceptable level."

Hydraulic fracturing, also known as fracking, refers to the extraction of shale gas through the injection of high pressure liquid into soil. The technique has stirred up controversy in the United States with one side of the debate emphasizing the economic benefits of fracking while the other voices concerns over potential health and environmental risks.