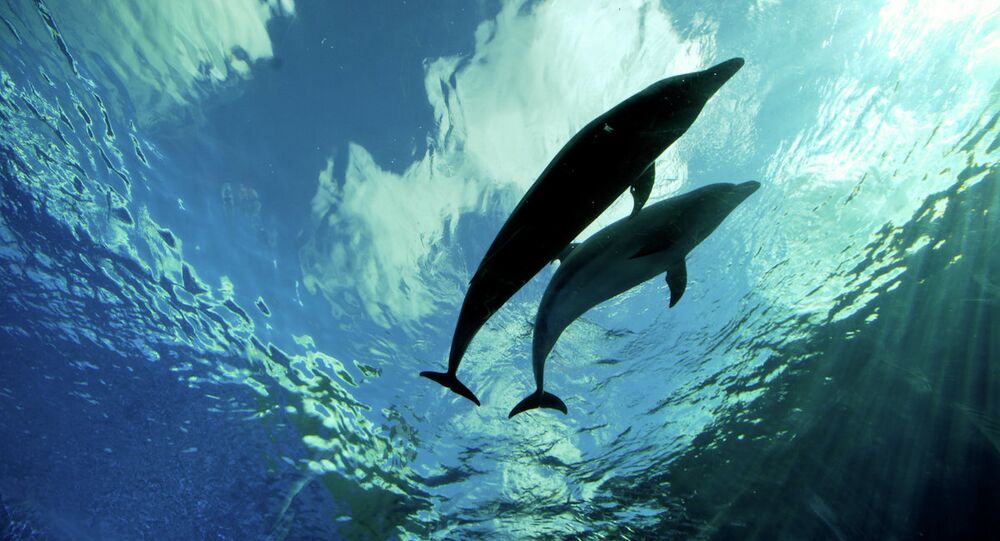 An oil spill in Bangladeshi Sundarbans has become a 'national disaster', threatening the world's biggest mangrove forest, rare dolphins, Bengal tigers and other wildlife of the region, recognized as World Heritage Site by the UNESCO.

"The tanker, carrying an estimated 350,000 litres (75,000 gallons), of oil collided on Tuesday with another vessel and partly sank in the Sundarbans' Shela river, home to rare Irrawaddy and Ganges dolphins," the Guardian reported.

The Bangladeshi authorities have already characterized the incident as an ecological "catastrophe," and filed a lawsuit against the owners of the two vessels.

"It's a catastrophe for the delicate ecology of the Sundarbans. The oil spill has already blackened the shoreline, threatening trees, plankton, vast populations of small fishes and dolphins," said Amir Hossain, the Sundarbans chief forest official.

© Sputnik / Maxim Blinov
US, Australia Score Poorly on Wildlife Protection: Study
Although it remains unclear how much oil has leaked, local officials believe that the spill has already affected the Passur river and a network of canals of the Sundarbans delta.

"The oil spill has spread over a 60km-long (37 mile) area in the Shela and Passur rivers," Hossain pointed out.

It is worth mentioning that the Sundarbans, a UNESCO (United Nations Educational, Scientific and Cultural Organization) World Heritage Site, is a home to rare plants and unique wild animals, including famous Bengal tigers. The BBC points out that the southern Sunderbans was declared a "dolphin sanctuary" in 2011, after it had been discovered that about 6,000 Irrawaddy dolphins were living in the area.

The authorities have a little experience of dealing with such an ecological disaster. The Guardian notes that "a small-scale clean up" has been launched in the area, but the authorities admitted that they lacked special equipment and technology to cope with the problem.

© Photo : Francisco Negroni / Wildlife Photographer of the Year 2014
Best Wildlife Photos of 2014
10
"We've not started any major clean-up efforts yet. In fact, the forest department doesn't have the technology to deal with this kind of disaster," Hossain admitted.

"The symptoms of environmental damage will be visible soon, as the water quality has already been damaged," the official added.

"There are no coordinated efforts to tackle the disaster. The air has become toxic and we got news from fishermen they’ve seen dead fishes. Crabs which make up the largest single group in the forest are facing the biggest threat. And if crabs are hit, the dolphins and tigers will be affected. Dolphins will find it very difficult to breathe this foul air," he said as quoted by the Guardian.